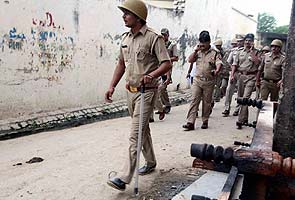 Muzaffarnagar: Prime Minister Manmohan Singh on Monday spoke to Uttar Pradesh Chief Minister Akhilesh Yadav on steps taken to restore peace in Muzaffarnagar after communal clashes in which 31 people have been killed since Saturday. Six politicians, including four from the BJP, have been accused by the police of inciting the communal tension.