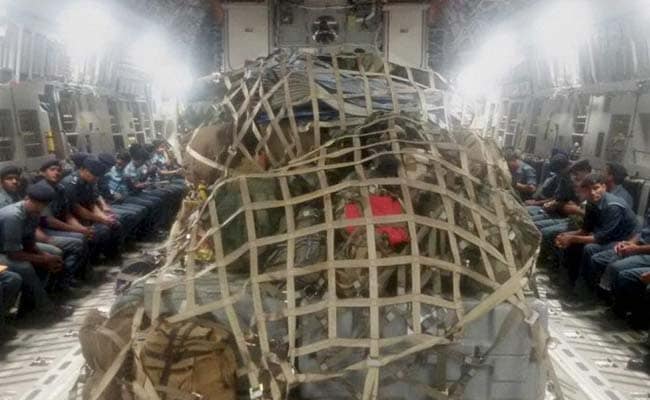 An Indian Air Force aircraft carrying relief material readies for take-off from Bathinda in Punjab on Sunday for Kathmandu, Nepal.

New Delhi/Kathmandu: Hundreds of Nepalis are today fleeing the capital Kathmandu, for the plains, following the massive earthquake on Saturday that has so far killed 3,726 people and injured 6,500. At Nepal's only international airport in Kathmandu chaos continued today with hundreds of people waiting to be evacuated. Indian choppers are being used to evacuate people from the inner parts of Sindhupal Chowk, Gorkha and Nuwakot districts, as well as from Bhaktapur and Kathmandu.