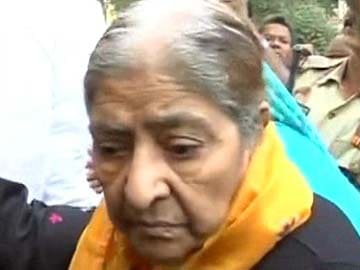 Zakia Jafri, who petitioned court against the clean chit to Narendra Modi and 59 others in the 2002 Gujarat riots

Ahmedabad: In major relief for Narendra Modi, a Gujarat court today accepted a clean chit given to him in the 2002 communal violence in the state, rejecting a petition against the chief minister filed by Zakia Jafri, whose husband Ehsan Jafri was burnt alive during the riots. Mrs Jafri had challenged the closure report of a Supreme-Court-appointed Special Investigation Team that said there was no prosecutable evidence against Mr Modi. Today's 350-page verdict comes just as the BJP has decided to launch an aggressive "Modi-for-PM" campaign ahead of next year's national election.

Over 27,000 Coronavirus Cases In India In 24 Hours For First Time