Government to push Telangana bill in Parliament even without discussion: sources 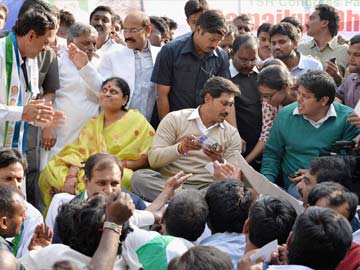 New Delhi: A controversial bill to create Telangana by dividing Andhra Pradesh is likely to set off a political confrontation in Parliament tomorrow with a desperate government determined to push it through, even without a discussion, despite the BJP's warning. Andhra Pradesh Chief Minister Kiran Kumar Reddy may resign tomorrow over the Centre's decision to bifurcate his state; eight of his officials have been given new postings, according to sources.