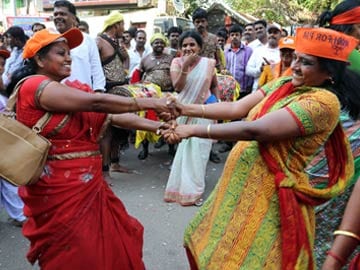 New Delhi: The BJP has crossed the 272 mark in the Lok Sabha on its own. Its stupendous performance has been propelled by the clean sweep, or the near clean sweep, effected by it in a few states. But Tamil Nadu, West Bengal, Jammu and Kashmir, states ruled by other parties, have also registered dramatic results.