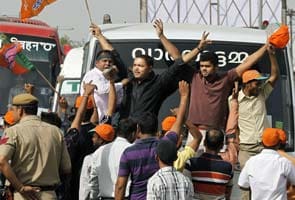 New Delhi: The Left and the Right today joined hands during the Bharat bandh that was called in protest against the recent hike in petrol price. But the response to the nationwide bandh called by the Bharatiya Janata Party (BJP) was mixed as most cities remained largely peaceful barring a few pockets which witnessed stray incidents of violence.

Here are the top 10 developments of the bandh:

Mumbai Exhales As It Emerges Relatively Unscathed From Cyclone Nisarga