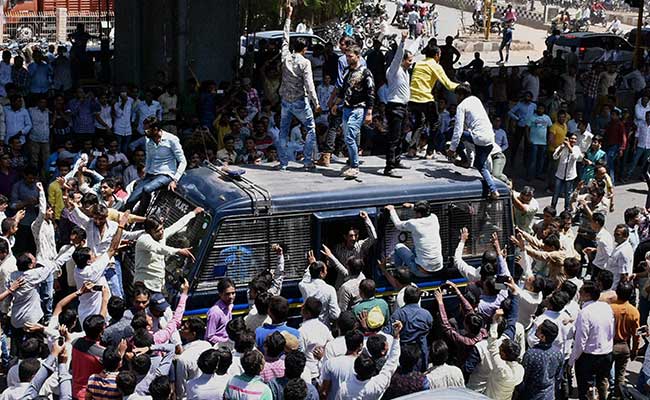 Patel community protesters, demanding the release of Hardik Patel from jail, clashed with the police in Mehsana yesterday. (PTI Photo)

Mehsana: The Gujarat government held talks with leaders of some Patel groups in Gandhinagar today, a day after members of the community clashed with the police in Mehsana during a protest demanding the release from jail of 23-year-old Hardik Patel, the face of their campaign for reservation. But Hardik Patel-led Patidar Anamat Andolan Samiti (PAAS) stayed away from the meeting saying it was not invited.