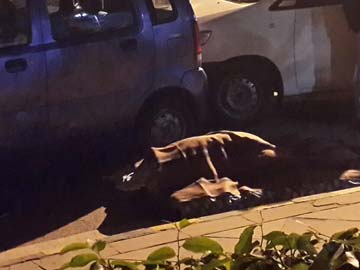 New Delhi: Chief Minister Arvind Kejriwal, his six ministers and about 200 workers of his Aam Aadmi Party are spending the night at the venue of the 10-day protest that they began today; it will be a security nightmare for the police, which is tasked with securing the area ahead of Republic Day. The chief minister, braving the Delhi winter, slept on a mattress at the side of the road, right next to his blue Wagon R.