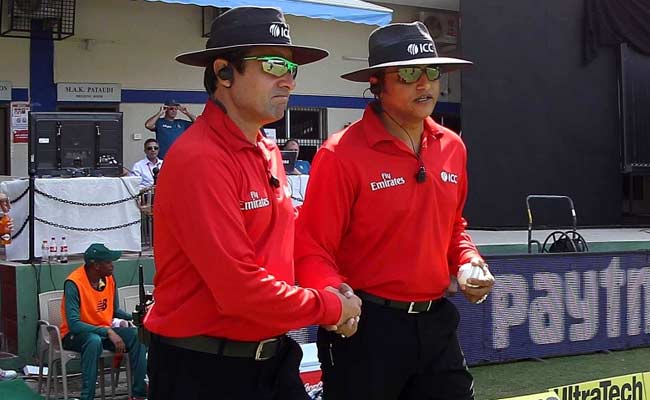 Pakistani umpire Aleem Dar has been withdrawn by the International Cricket Council from officiating the 5th India-South Africa ODI in Mumbai on Sunday.

New Delhi: Pakistani umpire Aleem Dar has been withdrawn from officiating in the remaining two matches of the on-going India-South Africa one-day series, hours after Shiv Sena activists tried to force cancellation of talks between BCCI chief Shashank Manohar and his Pakistani counterpart Shahryar Khan in Mumbai on Monday morning. Citing security reasons, former Pakistani cricketers Wasim Akram and Shoaib Akhtar too have decided to not commentate in the fifth one-day match, which will take place in Mumbai.