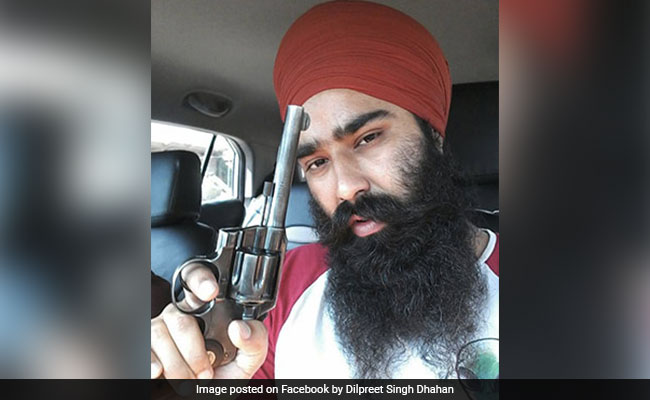 The team seized a pistol and impounded his car after the shoot-out, says police

Gangster Dilpreet Singh, listed as an accused in several killings and for making extortion calls to Punjabi singers and actors, was arrested today after an encounter near a bus stand in Chandigarh, a police official said.

He was arrested from Sector-43 by a team comprising personnel from the Punjab Police's Intelligence Wing and the Jalandhar Rural Police.

Dilpreet Singh alias Baba suffered a bullet injury to his thigh in retaliatory fire by the team, the official said, adding that he was admitted to the PGIMER in Chandigarh.

He was an 'A' category gangster and accused of attacking Punjabi singer Parmish Verma this year, he said.

The singer and his friend were shot at by at least five unidentified car-borne assailants in Mohali in April, and, later, Singh in a Facebook post had taken responsibility for the attack.

The team seized a pistol and impounded his car after the shoot-out, a police spokesman said.

Dilpreet Singh was among the most-wanted gangsters of Punjab and wanted in over 30 criminal cases, including three murder and nine attempt to murder cases, in several states, including Punjab, Haryana and Maharashtra, and Union Territory Chandigarh, he said.

The gangster, a resident of Dhahan village in Punjab's Rupnagar district, is also accused of making extortion threats to renowned singers and artists of the state, the spokesman said.

He had allegedly threatened Punjabi actor and singer Gippy Grewal and demanded extortion money from him in June.

The attacks and threats had terrorised the Punjabi film and music industry, the spokesman said. Dilpreet Singh is an accused in the last year murder case of a sarpanch in Chandigarh.

The spokesman said investigations are underway. There is heavy police deployment outside the hospital, he said.