Infant Stuck In 110-Feet Borewell In Punjab, Rescue Operation On

The rescue team, comprising the National Disaster Response Force (NDRF), is at work at Bhagwanpura in Sunam subdivision. 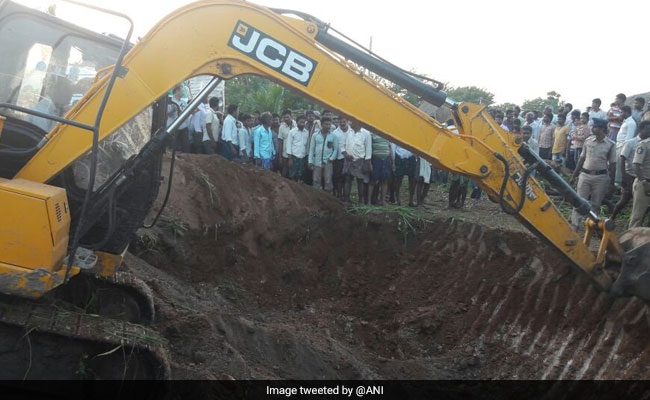 The boy is believed to be stuck in the borewell since yesterday. (Representational image)

Efforts were underway on Friday to rescue a two-year-old boy, who fell into a 150-foot narrow borewell in a village in Punjab's Sangrur district some 20 hours back, officials said.

The boy is believed to be stuck at a depth of 110 feet in the borewell that has a nine-inch diameter.

Steps have been taken to supply oxygen inside the well. Also, a camera has been planted to keep a watch on the child. His last movements were recorded early on Friday, a doctor present at the spot told reporters.

The rescue team is digging the earth along the borewell to reach out to the child, who fell into the uncovered man-made structure on Thursday, officials said.

The rescue team, comprising the National Disaster Response Force (NDRF), is at work at Bhagwanpura in Sunam subdivision.

Earlier, an attempt was made to pull the child out with the help of a rope.

The borewell has been abandoned for over seven years.