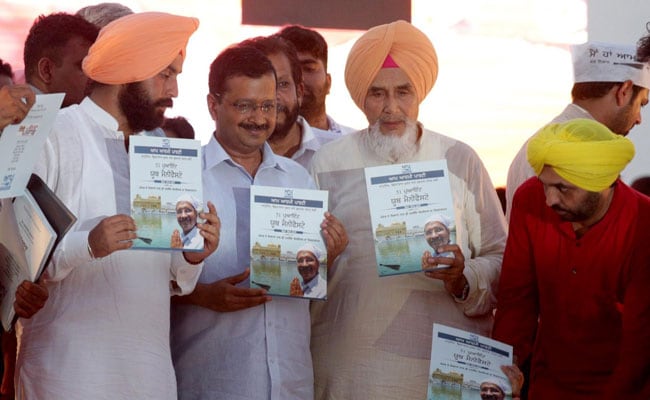 "Shergill is a progressive farmer and former Sarpanch of Jhingran Kalan village of Kharar. He joined AAP in 2014 before Lok Sabha elections," Mr Waraich said.

Jasbir Singh Kudani, a farmer by profession, had joined AAP in April 2016, he added.

Meanwhile, the Bains brothers-led Lok Insaf Party, which has entered into an alliance with AAP, has so far announced four candidates out of the five assembly seats it is contesting.

The party fielded Simarjit Bains from Atam Nagar, while his brother, Balwinder Bains, has been nominated from Ludhiana South assembly constituency. Both of them had won in 2012 assembly polls from these seats.
Comments
Aam Aadmi Party in PunjabAAP in PunjabGurpreet Singh WaraichNarinder Singh ShergillJasbir Singh Kudani