Jayalalithaa Miscalculated What I Would Do For Self-Respect: Kamal Haasan 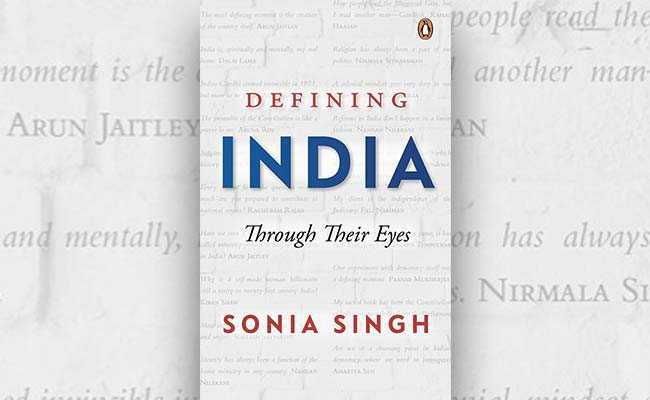 Superstar turned politician Kamal Haasan has just finished a grueling election and is now busy working on his Tamil Nadu election plans. But what led to the "unmaking" of an actor and the making of a politician -- as he puts it. It's a decision he owes, in many ways, to the woman he calls ' The Empress' - the late Chief Minister Jayalalithaa - and their clash over the release of his film ' Vishwaroop' . In his interview for the book "Defining India with Sonia Singh", he talks of how the bitterness began when he refused a bribe from her proxy, and the events that followed. At one time, shares Kamal Haasan, he thought he would leave India like MF Husain did.

"....Then came Vishwaroop, one of Kamal Haasan's most ambitious films made in 2013 which has a Muslim protagonist. He plays a RAW officer who infiltrates an Al Qaeda network undercover.

'For Vishwaroop, it was complicated in a sense. Jaya TV, which was owned by Chief Minister Jayalalithaa, bid for the rights to my film. It was a direct business so I couldn't say no to the highest bid; it was a deal with the chief minister. They made an offer I couldn't refuse, however, then came the other offer,' he says, hinting at an illegal offer of payment. 'It became very complicated. Everyone knows that I don't touch black money. I don't accept it at all, so then there was this discussion, that was also sorted, when I said you must understand, I won't take it. It's no personal affront but I could not. I think she took umbrage at anyone refusing an offer one cannot afford to refuse. She miscalculated what I could afford and how far I would go to defend my self-respect.

'Then, two people were sent to see my film. One of them was the police chief of Tamil Nadu who was very close to the chief minister. The other was the head of Jaya TV, who was later fired. They went back and reported that the film could cause trouble. So, the police chief turned into the censor chief. It was a complete breakdown of democracy,' he says.

However, Vishwaroop was cleared by the Censor Board and Kamal Haasan began preparing for the film release on various platforms. And then the state banned the film on the grounds that it would create 'law-and-order problems'.

'What I think happened,' he muses, 'is that after a certain time it became personal. How dare I? She banned the film and expected me to go grovelling and begging because that's what people advised me to do. ...'

'We then cleared the ban through the courts and a premiere was planned in Los Angeles. On my way to LA, I received a call from my brother through the pilot. He told me that they had banned my film again!'

Kamal Haasan pauses, reliving the tension of that time as I say, laughingly, 'They must have waited till they knew you were mid-air, so there was nothing you could do.'

'I was literally in limbo,' he says, laughing. 'When I landed, my return tickets were ready. Then I made a call which changed my life forever. Enough was enough. I said we are releasing the film in Los Angeles. You can't do this to an individual, especially not an artiste. So, I released it there and back in India. Some of the states neighbouring Tamil Nadu also released it.'

However, because of the ban in Tamil Nadu, some other places with a large Muslim population, like Malaysia and Dubai, also banned the film, so he was still in a limbo as he describes it.

Again, Kamal Haasan was advised to just apologize to the chief minister. Again, he refused.

'I said I am not, I will not, and if I go down, I will go down with this film. By then my financier had probably been advised-no financier takes that kind of action-but he wanted all the money I had borrowed from him, repaid before the film's release. I still had to sell the film at the time, so I signed a document which said if you don't pay up, I am going to confiscate all your property.'

'So, you basically signed away your house, your office, your property, everything?' I say.

'Everything, everything,' he says emphatically. 'All immovable property that I owned belonged to him. So, I signed it and then went back to court again. And we won. And I paid back the man. That's when I said that if the film is not released, if they keep on hounding me, I'll find another state or country that is democratic, if need be. It was Hussain first, then it'll be Haasan.'

It would have been a repeat of another artiste being hounded out of India but he says, 'They made it sound like Haasan was whining and crying and the Empress came and said, "Kamal Haasan is a fifty eight-year-old man, he's not a child, he knows what he's invested and if someone takes away his money, that's part of business. What can the government do about that? We have only this amount of police force and this film will create a riot that the police force can't handle." That's a fantastic route for Article 356, by the way,' he adds. 'If you can't handle law and order, let the Centre handle it but I was too tired at that point of time to take it up. This was the case and I stood my ground.'