"Mine Is Top-Rated Show For 432 Weeks": Excerpt From Seema Goswami's Book 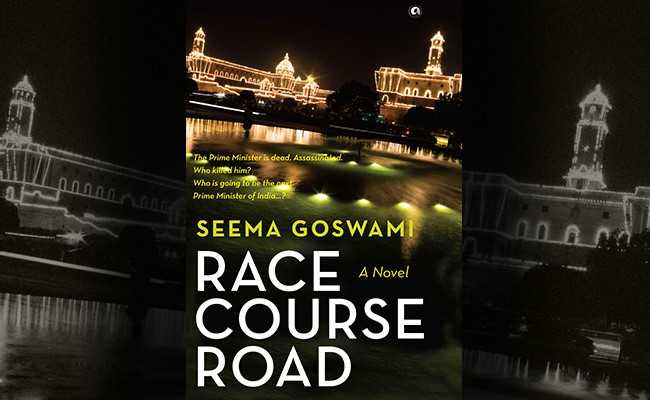 The morning news meeting at NTN started off tamely enough. Gaurav Agnihotri was in a better mood than anyone had seen him in for a long time. He had even gone so far as to congratulate his team for a job well done last night. 'We killed the competition, we absolutely killed it!' he crowed from his seat at the head of the table.

There were a few nervous smiles raised at that. But the wariness persisted in all those eyes ranged around the conference table. Everyone knew that Gaurav's mood could darken in a minute; and at the slightest of provocations.

Today's provocation came six minutes into the meeting. Discussing the run through of the prime-time news bulletin, the channel's managing editor, Ashutosh Rawat, brought up a topic that AITNN had covered in their prime-time slot last night: dynastic politics. The channel had done a twenty-two-minute package about the many dynastic successions over the last few decades in this part of the world: Indira and Rajiv Gandhi, Zulfikar Ali Bhutto and Benazir Bhutto, Sheikh Mujibur Rahman and Sheikh Hasina...

'I thought that we could also include something like that package in our 9 p.m. debate,' said Rawat. 'Maybe something on all the prime ministers who have been assassinated in this region, and how their countries were affected by it. It may make a change from the usual...'

He got no further. 'Make a change?' expostulated Gaurav. 'Why the fuck do we need to make a change? Do you not know that my show has been the top-rated show in the country for the last 432 weeks? That our ratings are more than double that of our nearest competitor?'

'No, Gaurav. I mean, yes, Gaurav, I do know that,' mumbled a miserable Rawat. 'But that's not what I meant. I just thought that we could do something different tonight as a sort of channel differentiator...'

Gaurav looked around the table belligerently, almost as if asking if anyone was mad enough to challenge him. Hardened by numerous such outbursts, everyone knew from bitter experience that it would not do to say anything at all at such moments. Silence was always golden at the NTN news meeting.

Ashutosh Rawat, for his part, took a minute to think of his mortgage payment, the EMI on the Honda Accord he had just bought, his daughter's boarding school expenses, and the family holiday to Bangkok coming up soon. And then, he swallowed the insults that had been stewing inside him for years, and replied mildly, 'Yes, I know that, Gaurav. We all know that. I was just talking about packaging that you could work with.'

'Nobody cares about packaging,' snapped Gaurav. 'The only reason people watch this channel is because they know I will tell them the truth. And they look to me to answer all the questions that the nation wants answered. Because, I am the only one who believes in News Over Views.'

As usual, Gaurav managed to capitalize his trademark phrase - and the channel's motto-by laying emphasis on the last two words.

'So, what do you think our first debate should be about tonight?' asked Ashutosh. 'You know, to make sure we emphasise News Over Views.'

Gaurav shot him a sharp, suspicious look, checking to see if Ashutosh was making fun of him. Then, clearly deciding that he wouldn't dare, Gaurav went on: 'I think we have already conclusively proved that it was the Pakistanis who assassinated the Prime Minister. So, if we are going to take the story forward-and take the lead yet again-we need to discuss what happens now. What are the government's options? How can Karan Pratap best avenge his father's death? Should we conduct a surgical strike on Pak terror camps across the LOC? Should we try and take out a high-value target of theirs in retaliation? How do we respond?'

This was too much for the mild-mannered political editor of the channel, Raghav Chandra, a veteran of a dozen newsrooms and the author of several highly regarded books on foreign policy. Raising his unruly eyebrows, he asked quietly, 'Isn't that upping the ante a bit too much? Even if the allegations against Pakistan are true - which is by no means certain-surely the government should first raise the matter at a diplomatic level? If they really do believe that Pakistan killed Birendra Pratap, then a good first step would be to shut the mission in Islamabad, not send a drone to bomb Lahore.'

'See, this is the problem with India,' fumed Gaurav. 'We are too scared to stand up for ourselves. You can be sure that if the American president had been killed, by now the US Air Force would have bombed Rawalpindi back to the Stone Age.'

'And in any case,' continued Chandra, as if he hadn't been rudely interrupted, 'what is the evidence that Pakistan did assassinate the PM. The IB has confirmed that Birendra Pratap was killed by a poison pen. That is not a method favoured by the ISI.'

Gaurav laughed unkindly. 'You really believe that the ISI can't change its tactics so that we don't see its hand behind this? How naïve are you? Unbelievable!'

Ashutosh hastily intervened before Gaurav's mood deteriorated further. 'Okay, then it is agreed that at the top of the hour we will discuss what the government's response to Pakistan should be. I've already booked General Atiya Khan for half an hour; he will join us on link from Karachi. Should we go with General Tripathi from the Indian side, or do you want someone different?'

Promoted
Listen to the latest songs, only on JioSaavn.com
The discussion then veered towards practicalities. Who to book for which slot? Which of the guests should be on the studio panel? Who could join the discussion through an outside link? And slowly but surely, Gaurav's temper calmed down. By the time the meeting ended, he was again in a positively cheery mood.