Charkhi Dadri: I Filmed The Remains Of When 2 Planes Collided 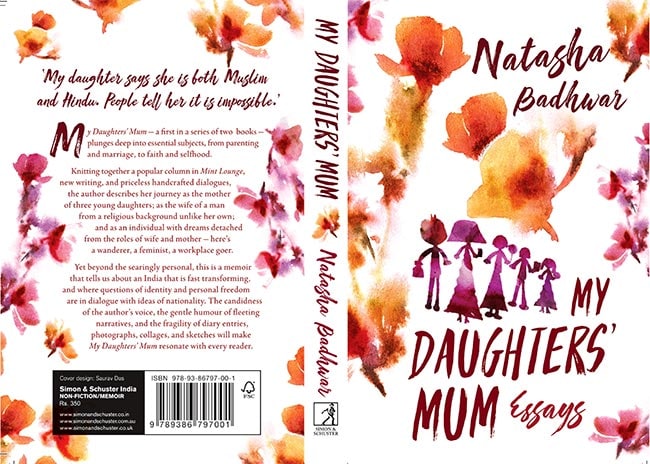 Recovering the Idea of India

I may have gone numb, but the smell of burnt flesh pressed against my skin. I put away the shoes that had inadvertently trampled over the dead.

This is a story of horror and hope. I've been meaning to tell it for a while, but self-doubt is a big bully. Today, I remind myself - people who listen to stories understand a lot more about the nuances in them than those who narrate them -

In November 1996, I was in a television studio late at night when there was a news flash that two aeroplanes had crashed into each other mid-air near Delhi. There was a sense of complete disbelief that gave way to shock as the news was confirmed. One of the planes was a passenger airline flying to Saudi Arabia and the other was from Kazakhstan. Both planes had crashed into the ground in the fields near Charkhi Dadri, a village 100 kilometres west of New Delhi.

We had just finished recording the last news bulletin of the day. Dr. Prannoy Roy had anchored the show. In comparison to the strength of the newsroom at daytime, only a handful of us were still around, finishing our edits and working on scripts.

A few hours later, just after midnight, my colleagues, Radhika and Kanan, and I walked over the wreckage, trying to get as close as possible to the fire that still raged after the collision. In the darkness, I stumbled upon the first dead body that I had ever seen in my life at close quarters. I switched on the battery-operated light mounted on my camera. A man was lying on his back, his body still fresh in death. I began to frame shots of him. In a desperate bid to concentrate, I carried forth an internal dialogue, directing my actions as a cameraperson - take a full long shot of the body; a close mid-shot of the face; focus on the details of that bloody, bruised hand. I was a solitary witness to the man's death. It would be hours, maybe days, until his family would receive the news of his tragic fate.

I was a woman at work.

There was a lot of commotion in the distance. All news crews began rushing in one direction. We followed. Videographers and journalists were now walking backwards over debris and bodies, trying to get shots and collect a sound byte from the first VIP to arrive. Walking firmly towards the wildly beating fire was the grandson of a powerful politician, surrounded with his entourage.

'What brings you here?' reporters asked him.

'Just plain curiosity,' he smiled. 'Did you get that?' he repeated. 'Plane curiosity!'

I was disgusted. Kanan and I continued to take more shots. With the heavy tripod strapped to his shoulder, Kanan guided me through the darkness - both of us avoiding stepping over broken luggage, passports, bodies of people fallen from the sky.

We went to the hospital in the village closest to the crash site. Bodies had been lined in rows in the open corridor. There was the unbearable smell of charred flesh. I recognized a man in mourning. He was the librarian from the media institute where I had been a postgraduate student. He was inconsolable. His brother was dead.

We sent tapes back to our office by the car we had come in. Dawn broke. We saw our colleagues filming the debris from a helicopter to get an exclusive aerial view.

I felt angry, looking up from the ground. All 349 people aboard both the flights had died in the collision.

We were exhausted. After a long dark night, the morning unveiled the real scale of the disaster. Other news crews began to arrive from our office to relieve us.

As we left, we saw a sea of people ambling through the fields towards the crash site. Many of them from the villages in the vicinity had never seen an aeroplane up close before. They were coming to see the spectacle. We could have been in the middle of any Indian festival.

We had exclusive footage. Videos shot by us were bought by news agencies and channels from across the world. In the newsroom there was an air of jubilation that disaster reporting always seems to bring with it.

The smell of burnt flesh would linger around me for days after I returned from Charkhi Dadri. I would bathe many times over and I would still be able to sense that acrid smell in the air. I may have gone numb, but the odour pressed against my skin. I put away the shoes that had inadvertently trampled over the dead.

Among the passengers on the two flights, had been migrant workers from Uttar Pradesh and Bihar en route to Saudi Arabia. The families of many of the the dead did not know the details of their itinerary. There were bodies that remained unrecognized. There were body parts that did not fit.

Two weeks later, I went to film in the hospital morgue in Delhi where the unclaimed had been preserved. It was time to perform the last rites. Sealed wooden caskets were loaded on to tempos. We began to take shots with our cameras. A large rat crawled out of one of the coffins as my camera began rolling. I held my breath. It was that stench again.

Two organizations - one affiliated with Islam and another with Hinduism - had stepped in to perform the rituals that go with death. I followed a van that was transporting some of the bodies to a graveyard near Feroz Shah Kotla Fort in Delhi. I had never been to a burial ground before. I was the only woman in the crowd. Everyone made place for me as I began filming.

Bodies in white shrouds were lowered into freshly dug graves. Some sheets just held isolated anatomical parts. The slanting light of dusk washed over us as a group of men began to recite verses from the Quran. I took a shot of a man throwing a fistful of loose earth over a stranger's body. The image of the actor Amitabh Bachchan burying his loved ones in a film flashed before my eyes. It gave me solace. It made the scene I was a part of familiar.

All of us left the graveyard together and drove straight to a cremation ground in Safdarjung Enclave. Up until then, I hadn't realized how syncretic the group of volunteers had been.

At the Hindu cremation ground, the solemn faces of young Muslim men with skull caps stood out visually. Many pyres were set alight together. I zoomed in to take close-ups of the volunteers standing on the other side of the rising flames. Everyone in white, the pandit and the maulvi, side by side, paying their respects to those unknown.

My tears began to flow. There was much to mourn. I returned to office, handed over the tapes for editing and broke down in the bathroom, letting out sobs that had been stuck for days.

Promoted
Listen to the latest songs, only on JioSaavn.com
Somewhere in that scene, there was a sort of redemption. Amidst the horror of the deaths, I had also witnessed a tangible idea of India - of our shared identity, our humanity.

Excerpted from My Daughters' Mum by Natasha Badhwar. Pre-order your copy here.