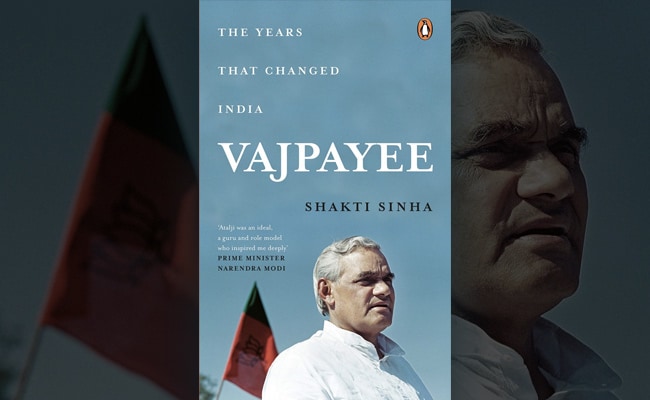 A few days before the tests, the chiefs of army, navy and airforce were briefed, followed by another briefing for the key members of the government, who constituted the cabinet committee on security. The morning of the test, 11 May, was pregnant with possibilities. Vajpayee had just shifted to 3 Race Course Road from 7 Safdarjung Road. Army units had installed special, direct lines from the Pokhran site, to avoid tapping, delays in communications or the non-availability of lines. The wind direction was adverse, and it delayed the tests. Books, by Raj Chengappa (Weapons of Peace: The Secret Story of India's Quest to Be a Nuclear Power) and Jaswant Singh (A Call to Honour: In Service of Emergent India), carry graphic details of what happened that day, so it is best not to repeat those details.

The control room was set up at 5 Race Course Road, which was a bungalow between the office (7 RCR) and the residence (3 RCR), and was mostly used as a guest house (though prime ministers have occasionally stayed in this bungalow, preferring to use No. 3 as the guest house). Besides Vajpayee, other key figures present during those crucial hours were L.K. Advani, George Fernandes, Jaswant Singh and Yashwant Sinha. The team of officials was led by Brajesh Mishra, supported by Prabhat Kumar (cabinet secretary), K. Raghunath (foreign secretary) and me. All of them sat at the dining table. They were very quiet. It was a long wait. Nobody said anything to each other. Maybe because of the old Indian habit that you don't talk about something until it happens for fear of jinxing it. When the news finally came, the effect was electric. The atmosphere was completely surreal, full of joy, yet there was no jumping or backslapping. Instead, there was a visible sense of relief, almost as if the unreal had become real. There were a lot of tears in that room that day-all of us felt the rush of the 'we have done it' confidence.

But Vajpayee's face reflected a feeling of sombre responsibility. The pressure of taking such a momentous decision, and the realization that the consequences would have to be met, had taken a toll on him. He had done well to hide the fear of the unknown, though the mask occasionally slipped when people questioned his lack of assertion of prime ministerial responsibility, of his being strangely silent and inarticulate. Now he allowed himself to smile, even laugh. He had been arguing for India to conduct a nuclear test for the past forty-five years, since China had first tested. This arose from two lines of thinking. Hiroshima and Nagasaki had deeply affected him. He wrote a poem, 'Hiroshima Ki Peeda', where he talked of waking up in the middle of the night and wondering how the scientists who had made those powerful atomic weapons slept after hearing about the destruction caused by their creations. Did they not for a moment regret what they had done? If they had a sense of remorse, then time would not judge them. But if they did not, then history would never forgive them. Vajpayee's poem and his decision to go ahead with the test are not contradictory. He came to the conclusion that if India had to live in peace in its neighbourhood, credible nuclear deterrence was essential. Nuclear weapons prevent wars, was his constant refrain.

The second, seemingly contradictory, line of thinking behind the tests was his deeply held view that India was destined to be a great power. Possession of nuclear weapons, in the world we inhabited, was the minimum entry criterion for that club. Japan and Germany, whose recent economic successes did not guarantee them the status of a great power, underscored this idea. Vajpayee's belief in India was immeasurable, and while he did not say it, his body language that day seemed to indicate that he was happy to be an important instrument in that quest. An insecure nation could not be a great power-this was the powerful motivation that drove this decision to test. In all his discussions and speeches afterwards, Vajpayee highlighted that there was a price to be paid for becoming a nuclear power, and the country must be ready to pay it. Coming back to 11 May, immediately after the test, I got down to typing the statement dictated by Jaswant Singh and Brajesh Mishra. Vajpayee was clear that it should be a short and factual one, which it was. This was to be read out to the press. But how to go about it? Pramod Mahajan, who had joined us by then, ever the master of the dramatic, suggested that the press briefing be held on the lawns of 7 RCR. Only a single podium was placed, with the national flag next to it. Vajpayee, Mahajan and I walked out of the side door of 7 RCR and on to the lawns (actual footage of those moments can be seen in the movie Parmanu at the very end). The rest of us stopped well short, and Vajpayee walked alone to the podium.

He read out the brief statement in Hindi and English. We stood away from the podium, so that all the frontal shots captured only Vajpayee in the frame. However, some photographers were standing on the sides and a few papers carried the shot that had Mahajan and me standing in the corner of the frame, laughing. None of the ministers were present there. Vajpayee left as abruptly as he came; there were no questions and no chit-chat. The full weight of what had happened had not sunk in, not for me and not for the others I imagine.

(Published with permission of Penguin Random House India from 'Vajpayee: The Years That Changed India' by Shakti Sinha. Order your copy here.)