With New Tiger Death, Odisha Proves It Has Learnt Nothing

Three days ago, the Odisha Forest department announced that the three-year-old tiger brought all the way to the Satkosia Tiger Reserve from the Kanha national park in Madhya Pradesh, a distance of 600 kms, had died three months after completing the journey. The tiger designated as T1 was publicly known as Mahaveer. 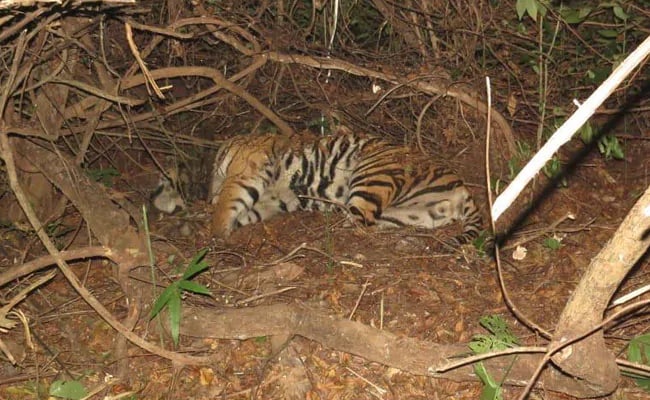 The tiger known as Mahaveer died three months after completing the journey.

Satkosia, a forest in the eastern ghats on the banks of the Mahanadi river, was declared a tiger reserve in 2007. Till three years ago, it was home to 12 tigers. By 2017, it was clear that all the tigers had vanished and only one tigress was believed to be still alive. It's anybody's guess what went wrong - the Forest Department offered no credible explanation.

With Satkosia left with only one tiger, it was decided that it would be an ideal location for re-wilding. And so it became the host to the country's first  interstate tiger relocation programme. It was hoped that the relocation of a female tigress from Bandhavgarh and the male tiger from Kanha along with the resident tigress would kick start a new wild tiger population. 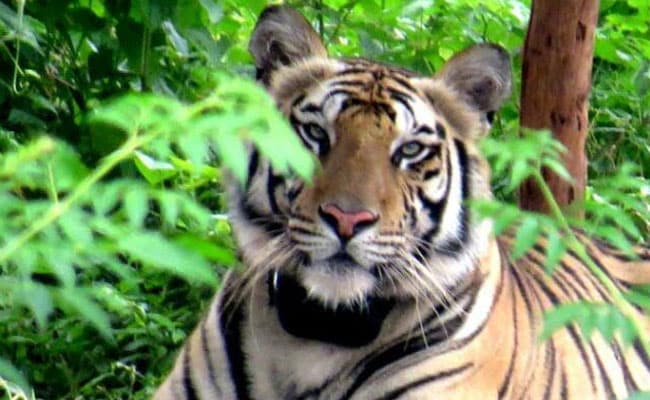 The tiger was brought all the way to the Satkosia Tiger Reserve from the Kanha national park.

The female tiger from Bandhavgarh, designated as T2 but otherwise called Sundari, who was initially kept in an enclosure to acclimatise her to the new space, allegedly killed two people after her release 2 months ago. There was a massive outcry from local villagers with protests - so she was tranquilised on Diwali and put back in her enclosure. 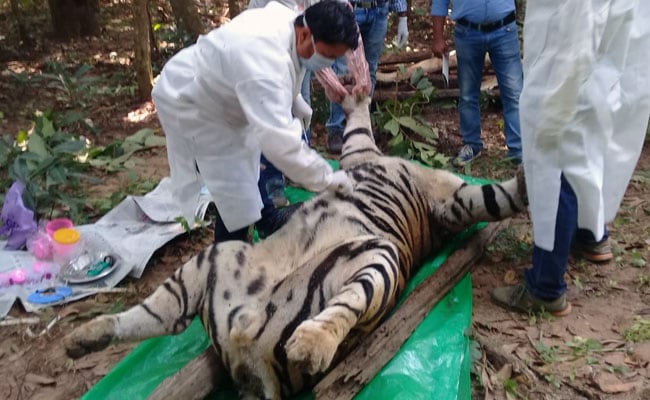 The tiger was tranquilised on Diwali and put back in her enclosure.

One of the people killed was a woman found well inside the reserve and there was no evidence that she had been eaten. There is also no direct evidence of the fact that Sundari was responsible for the killing.

Mahaveer, the male tiger, seems to have died a few days after getting his neck sliced open in a trap meant for either wild boar or deer. So far, the autopsy report has not been shared.

The supposed lone tigress of Satkosia has not been camera - trapped in a while.

All this has iced the relocation and re-wilding attempt. The plan was to bring in four more tigers once the first two had settled in.

Both relocated tigers were young, the female at 27 months, and the male at three years. When wild cats are being relocated, the idea is to choose animals that are ready for natural dispersion or transient adults who have not been able to establish territory. It's done this way as to ensure that the relocated tigers are not territorial animals with established bases. Big cats have a strong homing instinct and if they are removed from established territory, they will try and make their way back.

And just because tigers used to be found in an area historically does not make it an automatic win as a site of relocation. If tigers have not been in that area over a few generations, those areas become human use, cattle use and people resent  the sudden entry of the animals. If tigers have disappeared from that area recently, then no animal should be moved there until all reasons for previous disappearances and deaths have been either studied or eliminated. 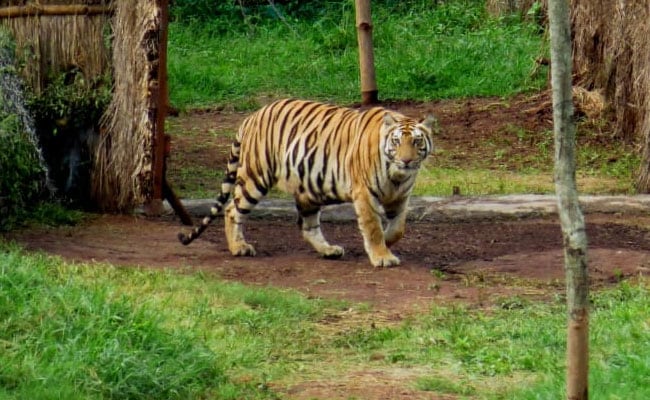 There is also no direct evidence of the fact that Sundari was responsible for the killing.

Wildlife experts in Odisha had expressed reservation about the translocation as while the prey base seems adequate in the core area, the buffer area is ringed by villages on all sides and tens of thousands of cattle criss-cross their way across the reserve.

Satkosia is also a domain of the timber mafia. For years, wildlife activists and experts in the area had been warning of the possible pinks between the disappearance of tigers and illegal timber activity.

These are the big questions. When 11 tigers disappeared over the years in Satkosia, why were there no probes or investigations? If, as officials claimed, there were 30 people split into teams monitoring the tigers around the clock, how did they not only miss a radio-collared tigress (Sundari) killing a person, but also completely miss the wound on the male tiger (Mahaveer) which killed him slowly? How did they not know where the cats were at all times? And if the terrain is a difficult one, as it is spread across a gorge, why were no elephants used for patrolling and monitoring? Were the teams not trained properly? Were the radio collars not monitored properly? Did they not work with the local people to ensure their support?

It is clear that this is an enormous failure on the part of the Forest Department and they have to be made accountable. No one so far has been held accountable for the vanishing of the previous tigers as well.

Sundari, who is now back in her enclosure and limping and not too well, and accused of being a human killer, might spend the rest of her life in captivity. For all intents and purposes, she is now dead to the wild.

After it was declared that Panna tiger reserve in Madhya Pradesh had lost all of its tigers in 2009, tigers from Pench and Kanha and Bandhavghad were relocated there. After a few initial hiccups, Panna went from 0 tigers to over 32 tigers in a the space of seven years. This happened because the officer in charge was dedicated and worked on the ground around the clock with his team to ensure the survival of the tigers. The Panna story proved that re-wilding was possible if the people in charge were committed. The Panna team who monitored and ensured the return of the tigers also worked extensively with the local people prior to the arrival of new tigers and continued to work with them to prevent conflict. 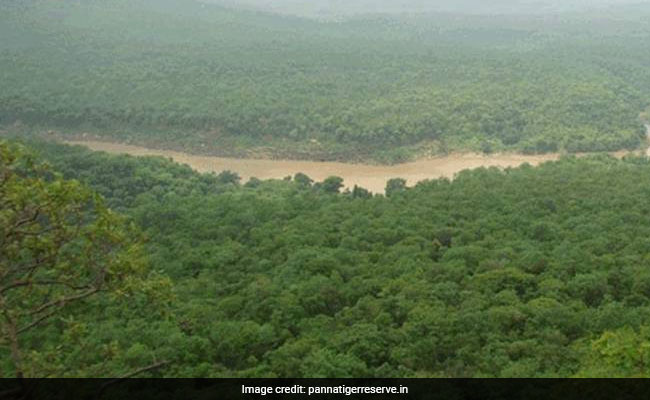 Panna tiger reserve went from 0 tigers to over 32 tigers in a the space of seven years.

In preparation of re-wilding, Satkosia removed a tribal settlement of 80 homes from the heart of the reserve. The idea was to start on a new slate and make the entire park inviolate, although there are many villages ringing the buffer zone. The tribal villagers from Raigoda, which was designated as core area of the park, agreed to their relocation on good faith. They were told that they were being moved to make space for tigers and were promised the usual ten lakh rupees compensation per family. Inside Satkosia, where the Jamindar Kondhs had lived for generations, they had access to the river, land for agriculture, established homesteads, forest produce and demarcated cremation grounds and burial grounds. The forest department promised them land in the new area for cultivation, homes, a school, toilets, piped water and access to a pond and medical care. 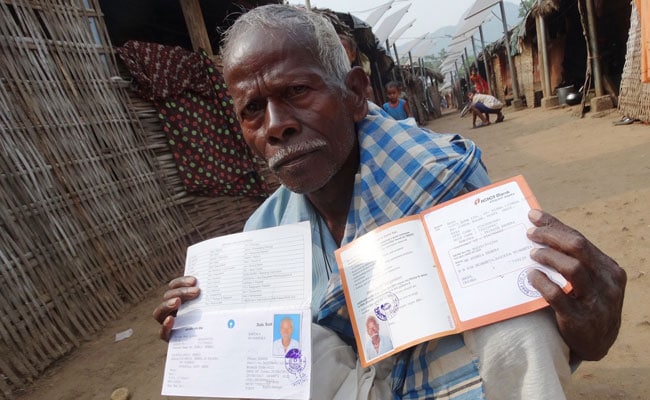 It has been a year since the villagers were removed and none of the promises have been met.

It has been a year since the villagers were removed and none of the promises have been met. The villagers have alleged that even the owed ten lakh rupees has not been given to them but apparently deposited into bank accounts they cannot access. They have also been moved to an area near other villages and the local people there see the tribals as newcomers and without demarcated boundaries and land deeds, they are not being allowed to proceed with their farming. Not are they being allowed to create a new cremation spot or burial area. Now they wait on the edge of destitution and wonder if it might have been better to stay in the park as the tiger seems like an easier problem to overcome. These are people who have lost everything after agreeing to move to make room for the national animal. This will not favourably dispose them towards tigers - nor will this complete administration failure make it easy to convince other villagers to move in the future. If we are going to remove people from their homes, it must be done so well and so generously that they should be happier in their new place than in their old. That's the only moral solution. 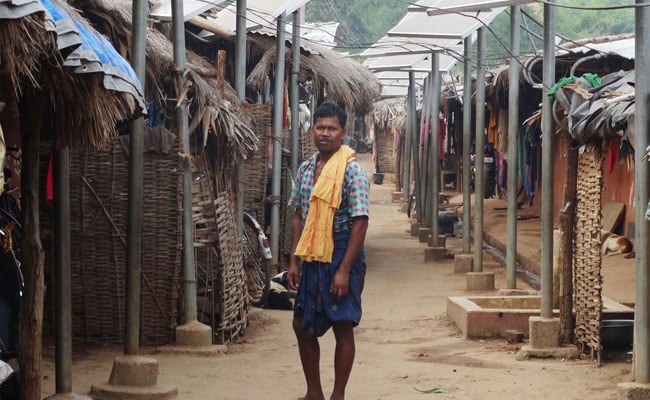 The villagers wonder if it might have been better to stay in the park as the tiger seems like an easier problem to overcome. 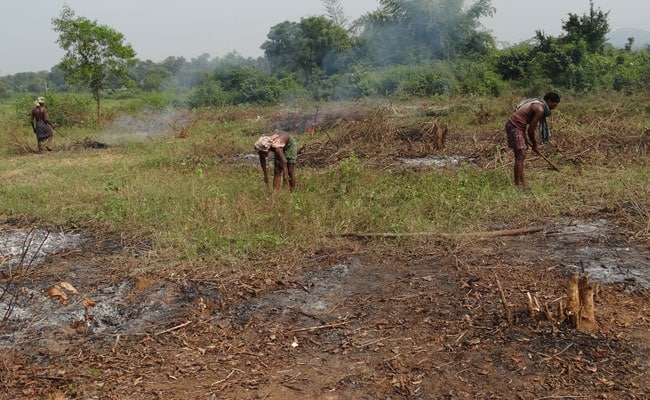 The villagers are also not being allowed to proceed with their farming.

Odisha's track record with tigers has been abysmal.

Simlipal bio-park reserve, the best-known project tiger park in Odisha, had always made grand claims of having over a hundred tigers. But for nearly 20 years, wildlife experts in Odisha had been warning that the tigers were being poached and killed and that the Forest Department's figures were fictional. In 2005, when I did a story from Simplipal stating that officials had inflated tiger numbers and that there could not possibly be more than 40 tigers in the park, which meant they had lost 60% of their tigers, I was banned from entry to the park. In 2006, the Wildlife Institute of India in their new national census , which did  away with the old controversial pug mark count, stated that there were only 40 tigers in all of Odisha.

The state government rubbished the WII report still claiming to have over 100 tigers in the park and 200 tigers in the state. The Forest Department stated that they would do their own census. By 2014, it admitted there were less than 30 tigers left in Simlipal and that there were perhaps another 10-12 tigers spread across the state in smaller forests. It was at this time that it was also noted that all of Satsokia's tigers except one had disappeared.

Since then, it appears Odisha has done little to change its terrible record.

(With inputs and photos from Bibhuti Pati)