When Abuses Are Considered Proof Of Patriotism - By Ravish Kumar

Profanity in the name of patriotism is free-flowing. A few are termed traitors and relentlessly abused from thousands of phone numbers. I present the screen-shots of many such messages. India has seen many patriots. But no patriot could ever have imagined that someday, even the foul-mouthed would call themselves patriots. 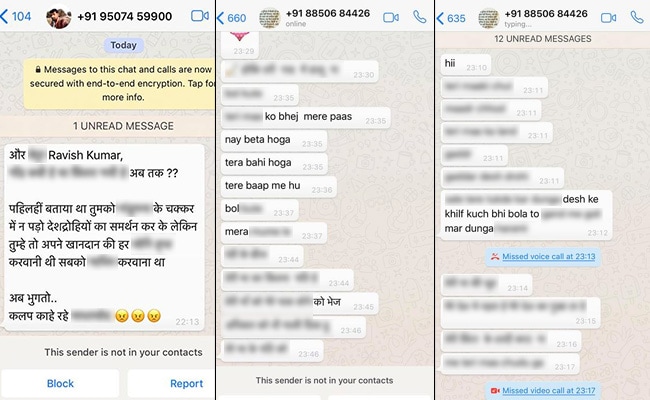 Screenshots of abuse on WhatsApp

These cuss-words reveal to me the thought process of the foul-mouths. Their wanton use of profanities involving the genitalia of mothers and sisters clearly reflects their infinite hatred towards women. This hatred is so unfathomable that they are disgusted by me, yet vent their anger invoking mothers and sisters. No woman has ever abused me. All these gutter-mouths are men. It is another matter that the leader and the politics these men follow are also supported by lakhs of women. One wonders what the women leaders and followers belonging to that camp think about these expletives.

I am not worried at all. When the mothers and sisters of this land are not worried, then there is no point in me being worried over profanities involving the genitalia of mothers and sisters. In my opinion, everyone should know some choicest four-letter words. The worst of abuses should get an A+ grade in patriotism. Everyone should be armed with a dictionary of abuses. 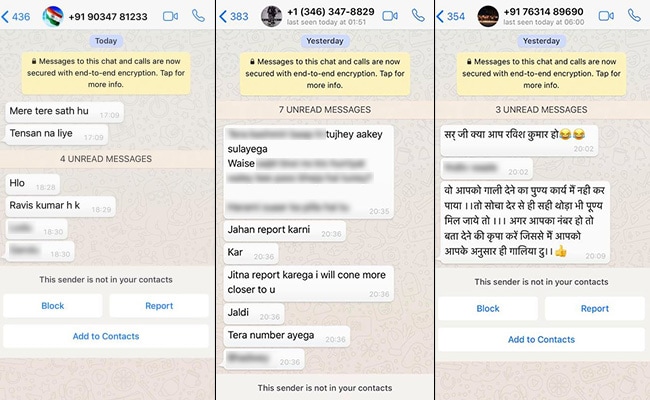 I suggest that universities offer a course for cuss-words. And why should only men use abusive expressions essential to patriotism? The other half of the population should also be trained to be foul-mouthed. After all, that is a prerequisite for patriotism - to be patriotic. Everyone must be abusive.

I dedicate all the curses targeting my mother and sister to the nation of Mother India.