"Made In Heaven" Delivers Stories Worth Telling - Extra Credit For Hope

These are the words of poet Sahir Ludhianavi in the film "Phir Subah Hogi" made in 1958.

In 2019, writers Zoya Akhtar and Reema Kagti interpret it as:

"Welcome to New Delhi, insider or outsider, you will find your corner because the truth is, you scratch the surface it all comes down to the same thing: hope. Hope for better, hope for holier, hope for happier. Young, old, rich, poor, modern, traditional, in New Delhi we all wake up to wonder if what we planned will happen today."

These are the concluding words of Season One of "Made In Heavan", created for Amazon. As I binge-watched it on a borrowed account from my 22-year-old son, the words of Sahir echoed in my head. Sahir was a member of the Progressive Writers' Association or IPTA and a Communist sympathizer. Zoya Akhtar is a film-maker accused of portraying rich people's angst, of air-brushing poverty with her soft camera lens, her setting often beautiful foreign locales. Sahir wrote this song for the 1958 film "Phir Subah Hogi" based on Dostoevsky's "Crime and Punishment". Zoya's web series is the story of two wedding planners in New Delhi. They seem to have nothing in common. 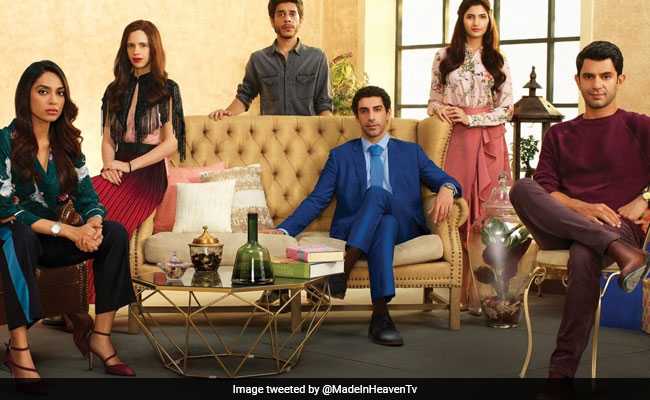 But "Made In Heaven" as also Zoya's latest film "Gully Boy" stories of everyday folks, warts and all, broken yet hopeful of a better world. The characters in "Made In Heavan" cheat, backstab, scheme, struggle to survive one day at a time - like all of us. They are rich, middle class, poor, straight, gay, all victims of their circumstances and choices. No one's a hero and no one is a villain. Ironic since Zoya's father Javed Akhtar is credited with the creation of the angry young (Super) man who single-handedly fights every evil in society...sometimes from within the system ("Zanjeer") and sometimes from the outside ("Deewar").

Those who follow Delhi gossip - or inhabit it - can identify at least some if not the majority of the characters of "Made In Heaven". As someone who was bred in Delhi, I can share a list of the characters IRL. Zoya and Reema's genius though is in the way they humanize all stories. Three women from three different stratas of society (Tara Khanna played by Sobhita Dhulipala, Faiza Naqvi played by Kalki Koechlin, Jaspreet Jazz Kaur played by Shivani Raghuvanshi) have the same struggle ...identity. Why just the women, the men of "Made In Heaven" bear the same crosses...of patriarchy, judgement, hypocrisy. Including Arjun Mathur, the gay wedding planner, Jim Sarbh as the virile Punjabi scion. But there is a sense of hope, of humanity and basic kindness winning the day. If not today, then soon. "Phir subah hogi".

Critics and audiences have for long wondered why Hindi films are formulaic, have long discussed the elusive Indian crossover; now, on digital streaming platforms at least, I feel that debate can be put to rest. Netflix's "Sacred Games" viewership data proves Indian content is now being watched all over the world. And as our stories get more real and about the human predicament as "Made In Heaven" proves, that should only improve. Writers like Zoya Akhtar and Reema Kagti are telling our stories, undisguised and unsweetened - of a confident Naya Bharat that celebrates diversity, is inclusive and hopeful of overcoming the odds. What's not to celebrate - or watch?