An Open Letter To Women From A Man

I am a man. 35 years of age. If you go by my CV, I am well-educated. A lot of my women colleague would say I am also well-mannered. But today, I would not grudge you for hating me. Simply because I happen to be a man. My mother tells me I am good son. My sisters tell me I am a great brother. My wife says she is proud of me. My women friends by and large don't hate me. Yet, I am not sure today if I am a good man. Men have judged women always, so I won't grudge if you judge me simply for being a man. Because that is what it has come to. We are either a man or a woman. No matter what you do, what you achieve in life, no matter how many lives you impact or jobs you create, you will be judged based on gender.

So I surrender to you today. Because no matter how much I try to be a decent human, I know deep within that I am a product of deep-rooted patriarchy. I swear to you that I fight it everyday of my life, but it lingers in my subconscious like a tumour and keeps rearing its ugly head without me being aware of it. May be it started the day when I was made to believe that pink is for girls and blue is for boys. Or even before. I can't point out when. It's so ingrained, you see.

We men are a paradox. We may like to foolishly believe that we are perfect, practical creatures. We see you as embodiments of virtue, in images of goddesses, but we spend our lives trying to own your bodies. We respect our mothers, sisters, wives, but all women outside of these descriptions seem fair game to us. We feel proud of ourselves when we let women related to us be what they want. "We let them," I just said. That's the problem. I am trying to fight that sense of ownership on your kind. I still am. May be some day I will be able to overcome. When? Sorry, I can't put a time frame to it. But I know it's going to take very long. Far too long. 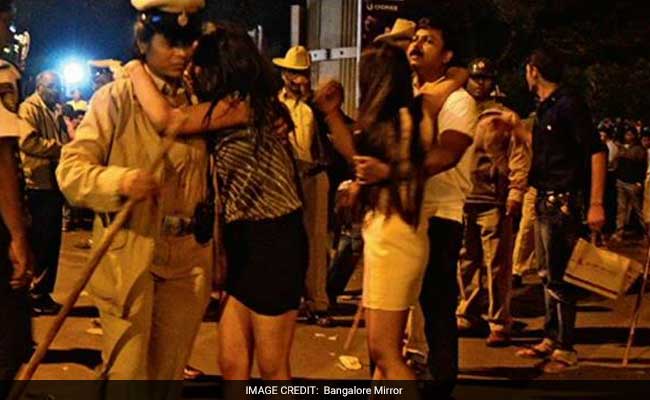 Women were allegedly molested on Bengaluru's MG Road on December 31

So here is my submission. You please don't wait for when I am able to look at you as a human, and not just a woman. You got to give me a punch in my face or a kick between my legs to speed up that process of humanisation. Yes, you have to make it happen. I am sorry we men tend to put all the onus on you. Just like we did for what happened to some of you on the New Year's Eve in Bangalore. Hundreds of despicable men decided to celebrate the dawn of a new year in the same old, entitled way. And while a mob of men did what they did, they found a culprit the next morning. It was your short skirt! You invited them to grope you, to touch you, to have a free run at your bodies because you were out celebrating and wearing what you chose.

Men have a lot of excuses and explanations for what they do to you. Every stare at a public place, every slimy touch in a public transport, every snide remark that men make. Get one thing right, men have a reason for it. And when we can't come up with a good enough reason, and mind you that's very rare, we just pass it off as a joke. Yes, you heard it right. Violating your body, your entire being, can be a joke for men. 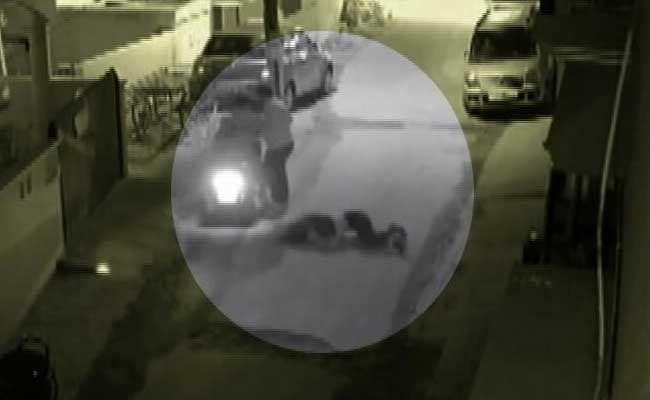 A Bengaluru woman was molested by two men on New Year's Eve; the incident was caught on video

That horrid old man who announced at a public rally that "men will be men" was actually right. Men will be men. Like those 10-odd men who watched the other two of their kind do horrible things to a woman returning home late at night in another part of Bangalore on the same fateful night of December 31, with CCTVs at a neighbourhood house bearing witness to their manliness. See, we take our manhood very very seriously. And we use it only on vulnerable women, not on other men who violate women in public and private places.

So here is the plain truth. Men will not change. It's your fight. But fight you must. Go out, celebrate, have fun. Shout, scream. Make it all so damn normal that men are shaken out of their wits and misogyny. And above all kick some arse. Men's.