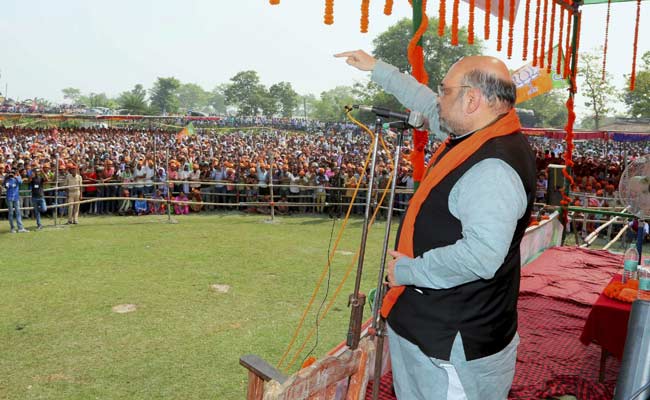 BJP President Amit Shah had said that if the BJP lost in the Bihar Elections, firecrackers will go off in Pakistan.

Patna: Acting on a complaint lodged against BJP president Amit Shah's "firecrackers in Pakistan" comment, the state election office today sought report from the returning officer on the remark.

The two officers have been asked to submit the report at the earliest and the election office would decide action based on their reports.

Mr Shah had told an election rally at Raxual on Indo-Nepal border in East Champaran district yesterday that if BJP loses in Bihar, Diwali will be celebrated in Pakistan.

He is said to have repeated the same in another rally at Bettiah, headquarter of West Champaran district yesterday itself.

East Champaran and West Champaran have 12 and nine assembly seats respectively and would be going to the polls in the fourth phase on November one.

A RJD delegation had submitted a memorandum to the Bihar Election Office against Shah's comment and also some advertisements issued by BJP in newspapers here on October 28 and October 29 which it alleged were "misleading, highly inflammatory and polarising".