The rain battered coastal, southern and central Odisha for the past two days and eight districts received over 100 millimetres of rain since Thursday. 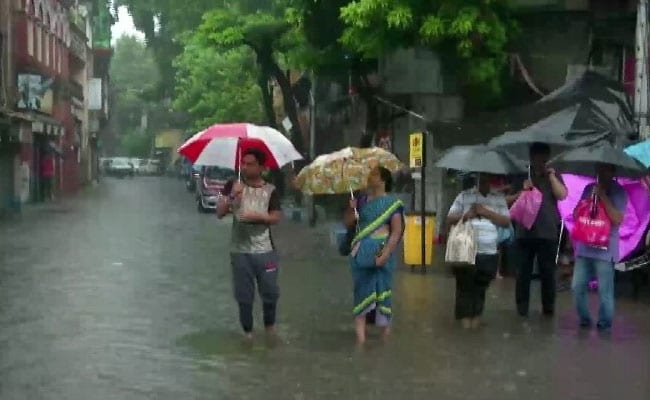 At least three persons were killed and four others injured as heavy rain triggered by a low-pressure area over the Bay of Bengal lashed Odisha for the third day in a row throwing life out of gear at several places, officials said on Friday.

The rain battered coastal, southern and central Odisha for the past two days and eight districts received over 100 millimetres of rain since Thursday.

All the casualties also occurred on Thursday and due to wall collapse in three districts, officials said.

A man was killed while his wife and another family member were injured at Mishramal village in Keonjhar district.

In another incident One person died and his wife and daughter were injured at Bhadua village of Balasore district. Another person was killed in Kumbharpara area of Puri.

Special Relief Commissioner (SRC) Pradip Jena said the district administrations have been asked to remain prepared to deal with waterlogging and possible flood.

Bhubaneswar, the state capital, has recorded 253 mm rainfall in the last two days.

The Special Relief Commissioner said steps have been taken to clear waterlogging in low-lying areas including some localities of Cuttack and restore normalcy. Jena also advised people to not pay heed to rumours about any cyclone in the coming days and said they should rely on India Meteorological Department (IMD) reports about weather predictions.

As the water level of Jalaka river at Mathani in Balasore district crossed the danger mark of 5.5 metre and touched 6.28 metre, floodwater inundated low-lying areas in around 10 villages, an official said.

Road communication between Aska-Digapahandi via Patapur in Ganjam district was disrupted as an approach road was washed away near Palasapur, while several areas of Berhampur city remained waterlogged.

The MeT Centre said rainfall will continue in several parts of the state till Saturday. Districts like Balasore, Mayurbhanj, Bhadrak and Jagatsinghpur are likely to receive heavy rainfall along with thunderstorm and lightning. Several districts of south, coastal, northern and interior Odisha will also receive moderate rainfall, it said.

Onion Prices Shoot Up In Odisha Due To Supply Shortage