The parents of the boy held the municipal corporation responsible for the increasing population of stray dogs in the area and not taking any stringent measures to provide safety to people from the stray dogs' attack. 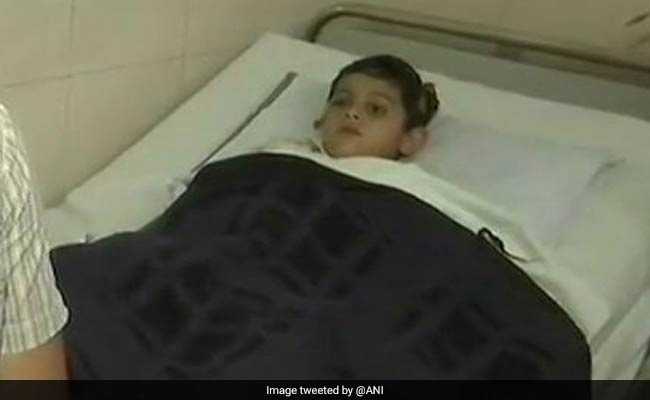 The boy, who got injured after dog attack, is undergoing treatment at a Bhopal hospital.

A pack of stray dogs attacked a six-year-old boy outside his house in Bhopal's Gokul Dham area on Wednesday.

The boy, who got severely injured, is undergoing treatment at the nearby hospital.

Speaking to ANI, Surjeet Singh Chauhan, Chairman, Bhopal Municipal Corporation, said the concerned authorities will be directed to take an action in the matter.

"This is a matter of concern. I will direct the concerned authorities to take action in this matter. We will ensure that people of Bhopal are safe," Mr Chauhan said.

The parents of the boy held the municipal corporation responsible for the increasing population of stray dogs in the area and not taking any stringent measures to provide safety to people from the stray dogs' attack.

Speaking to ANI, Dipak Diwan, father of the victim, said, "The Mahapur Municipal Corporation has been sanctioned a whopping amount of Rs 2 crore for shifting these dogs to the outskirts. But until today they have not taken any action to resolve the issue. The problem of attacks by stray dogs is not only my problem but of all the people living in the area. There is a dire need for authorities to step up and take actions so that the innocent kids can be saved."

Pushpa Diwan, the mother of the victim said, "The problem of dog bites is prevalent in the area from the past couple of weeks. BMC is not doing enough to resolve the issue. Not only that, because of the stray dogs, my business is also getting affected as the children coming for taking coaching from me are now scared."

A few months back, a nine-year-old boy was mauled to death in Andhra Pradesh's Balijipet area.

In May last year, a 50-year-old fisherman succumbed to his injuries after being mauled by a pack of stray dogs in Trivandrum's Pulluvila.