He Rode Yamaha R1 At 300 KMPH In Bengaluru, Arrested After Video Is Viral

Yamaha R1 impounded: After his video of riding way over the speed limit was viral, the police tracked him down, impounded his costly bike and arrested him after registering a case of reckless driving. 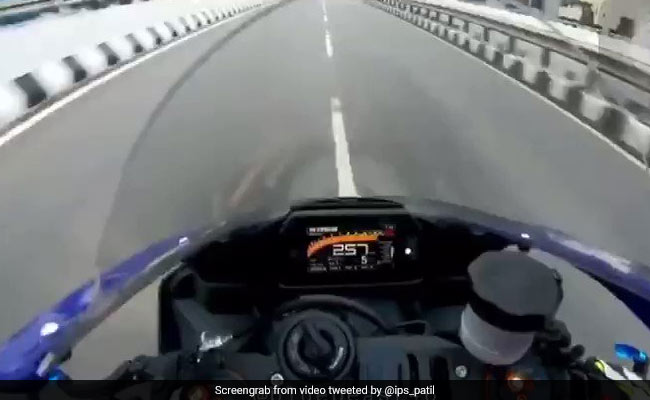 A super-bike rider's attempt to take advantage of the coronavirus lockdown in Bengaluru as he rode his Yamaha R1 motorcycle at nearly 300 km per hour on a city road, landed him in jail. After his video of riding way over the speed limit was viral, the police tracked him down, impounded his costly bike and arrested him after registering a case of reckless riding.

"This video made viral by the rider.. going at a dangerous speed of almost 300 kmph at Ecity flyover putting his own & others life at risk..CCB traced the rider & seized bike Yamaha 1000 CC.. handed over to traffic...," the senior police officer tweeted.

A twitter user who describes himself as a "cop in Bengaluru police" took a sharp jibe at the rider. "This beast oversped right into our custody. It's resting now".

This beast oversped right into our custody. It's resting now. @BlrCityPolicehttps://t.co/P5BrpDKRXV

Identified by the police as Muniyappa, the man rode his bike on the nearly 10-km long Electronic City flyover, accelerating almost to 300 Km/hour as he zoomed past some vehicles, including cars autorickshaws and trucks that were coming from both directions, jeopardising road safety.

The police said the incident occurred during the week-long lockdown in force in the city and outskirts till Wednesday morning to contain the spread of coronavirus, leaving most roads deserted as people remained indoors.

A fortnight ago, three youths who were doing wheelies on the city roads met with a ghastly accident and lost their lives, news agency PTI reported.

R1 is Japanese manufacturer Yamaha's flagship model. The 1,000cc supersport, which has peak power of 200 PS at 13,500 RPM, is one of the fastest production models in the world. It costs over Rs 20 Lakh in India.