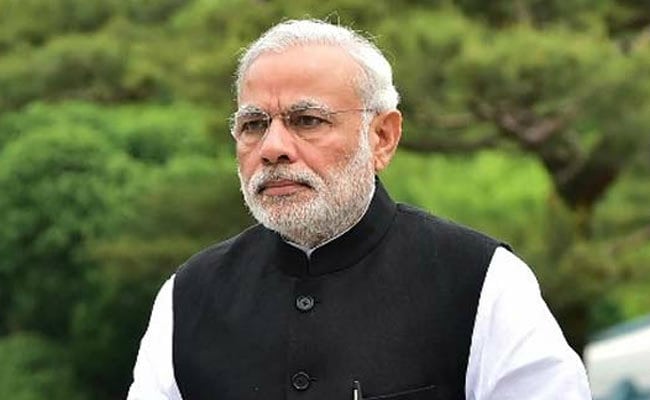 New Delhi/Bengaluru: Prime Minister Narendra Modi on Tuesday lauded five girl students from Bengaluru for developing a mobile app which can be used to implement his pet project 'Swachh Bharat'.

"I am proud of you. You have made the country proud. You are true role models of the nation. I wish you all the best in your endeavours," PM Modi told the students of Bengaluru's New Horizon Public School, who met him in Delhi.

During the brief interaction, the girls -- Sanjana Vasanth, Anupama N, Mahima Mehendale, Swasthi P Rao and Navyashree B -- assured PM Modi that they will develop a full-fledged mobile app in a year.

"The prime minister enquired about the app and listened with great interest about its features. He admired the girls for conceiving three of his ideas in one go -- 'Swachh Bharat', Digital India and 'Beti Bachao, Beti Padhao'," the school said in a statement released in Bengaluru.

Their team Pentechan won the Technovation Global Challenge contest at San Francisco in the US on June 25 for developing the app 'Sellixo', which means waste in Portuguese, and jointly bagged $10,000 as seed money for research.

The mobile app's jingle "why thrash it, when you can cash it" went viral in the virtual world.

Of the 400 teams from 64 countries which participated in the international event, 10 teams qualified for the final.

"Sellixo is an android mobile app which provides an online marketplace for users to buy and sell dry waste," the statement said.

"It is a great day for all of us. The students were thrilled to be with the prime minister. He asked them many questions. I am delighted that Modi blessed our wards," school chairman Mohan Manghnani said.

The team also called on Human Resource Development Minister Smriti Irani, who appreciated their feat and wanted them to be role models for their fellow girls in villages.

"The girls will be brand ambassadors and I want them to come out with ideas to inspire others in urban as well as rural areas," Ms Irani said.