One Dead After Water Tank Collapses In Bengaluru, Several Injured

Rural development minister for the state, Krishna Byre Gowda, visited the site of the collapse. Police will register a criminal case and carry an inquiry: Krishna Byre Gowda

A man was killed in central Bengaluru on Monday allegedly after an under construction water tank collapsed. Several others working at the site in the city's Jogupalya area were rescued from the debris by a team, including members of the NDRF and the fire service.

"As per information given by the contractor, there were 4 staff members and 16 labourers at the site during the collapse. All 20 had been accounted for. They were taken out from this structure and some of them have been admitted to a hospital and were in critical condition. We are expecting some casualties as well," Bangalore Water Supply and Sewerage Board (BWSSB) Chairperson Tushar Girinath said. 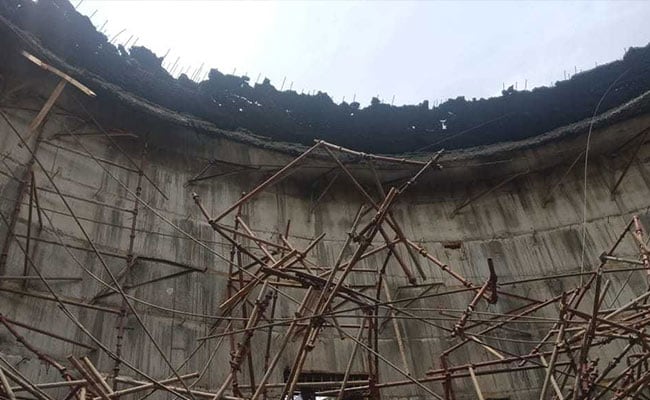 According to officials, the incident occurred shortly before noon during the last stage of construction. "When pouring concrete, the centering material that was underneath collapsed. Action has to be taken for lack of supervision against the BWSSB engineers who have been posted at the site. Action will also be taken against the contractor and the consultant who has been certifying the quality of construction," Mr Girinath said.

"The exact cause will be known after the inquiry. A detailed inquiry will be ordered," he added.

Rural development minister for the state, Krishna Byre Gowda, visited the site of the collapse. 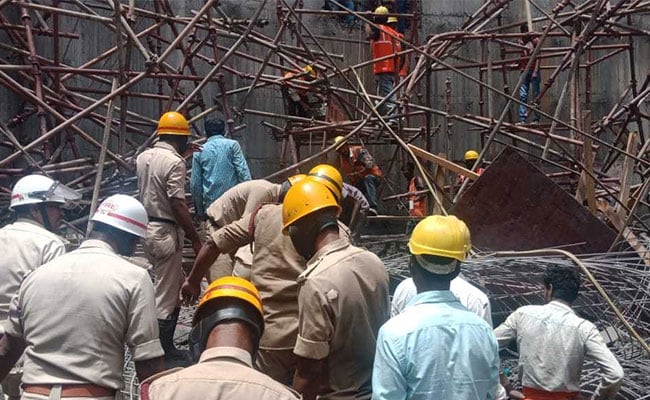 "Construction at the site started about one and a half months ago. There was six months to go for completion. So today, around 11am, BWSSB received news of an accident. They immediately alerted fire forces as well as the NDRF. People swung into action soon after 11.30. Prima facie it appears that the cantering material collapsed. The cause for that only the technically competent people can ascertain. Police will register a criminal case and carry an inquiry. Parallely, if necessary, the BWSSB will also engage a technically competing national body to look into the technical failures and causes for this accident," Krishna Byre Gowda said.