M Vasudev Maiya was raided in June as the investigation into the fraud case continued. 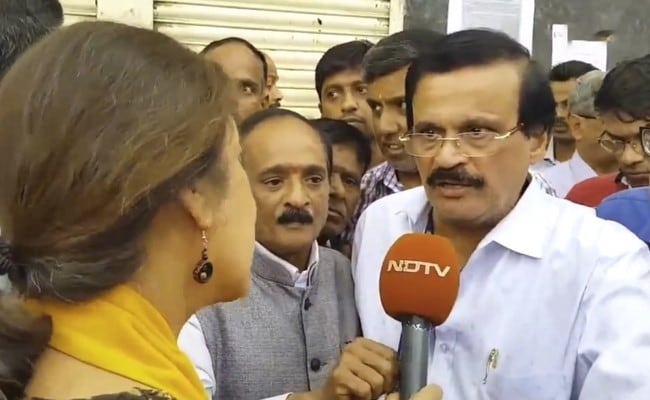 M Vasudev Maiya was named in a cheating case.

The former CEO of the Guru Raghavendra Bank, which has its headquarters in south Bengaluru, was found dead on Monday evening outside his home in the city. Police have not yet confirmed the cause of death of M Vasudev Maiya.

The bank had hit the headlines in January when the Reserve Bank of India or RBI began an investigation into financial irregularities amounting to over Rs 1,400 crore.

The central bank had imposed a set of restrictions early January for "next six months or until further review" at the time. The bank was not allowed to carry out any further transactions and the amount of withdrawal allowed to each depositor was limited to Rs 35,000.

Hundreds of people queued up outside the bank's branches to withdraw money amid restrictions. Many of the depositors are senior citizens who depend on the interest from their investment for their expenses.

A case of cheating and forgery was registered against M Vasudev Maiya, who was removed as the chief executive officer of the bank when the probe began in January.

Mr Maiya had told NDTV after restrictions were announced that investors would get their money back as the bank had assured itself of adequate security before giving out loans.

Bengaluru South MP Tejasvi Surya had also asked the investors not to panic.

In June, queues were again seen outside the bank when the RBI increased the permitted withdrawal by depositors from Rs 35,000 to 1 lakh.

Despite the coronavirus restrictions, many senior citizens stood in queues to withdraw the additional amount they were permitted.

Most did wear masks, but social distancing was not seen in the queue outside the branch in Bengaluru's Basavanagudi.

Though the depositors had an option of transferring money to another bank through the National Electronic Funds Transfer (NEFT) system, many did not have another bank account and preferred to get cash in hand. This meant long queues.

Mr Maiya was raided in June as the investigation into the fraud case continued.

An administrator had been appointed by the government to oversee the recovery of money - Additional Registrar AC Diwakar.

He had told NDTV in June that Rs 22 crore had been recovered so far.

Mr Diwakar said he was hopeful that all account holders could get their money back. "Some 54 per cent depositors, about 24,000 people, have Rs 1 lakh or less in their accounts. If they are able to withdraw this money, all their dues would be cleared," he said.

"This is an ongoing issue. Investors' concerns need to be addressed. Law of the land will see that justice is given to all people," Karnataka Deputy Chief Minister, Dr Ashwath Narayan has said.