Neither Surya or BJP has reacted to the allegations or Congress' tweet so far. 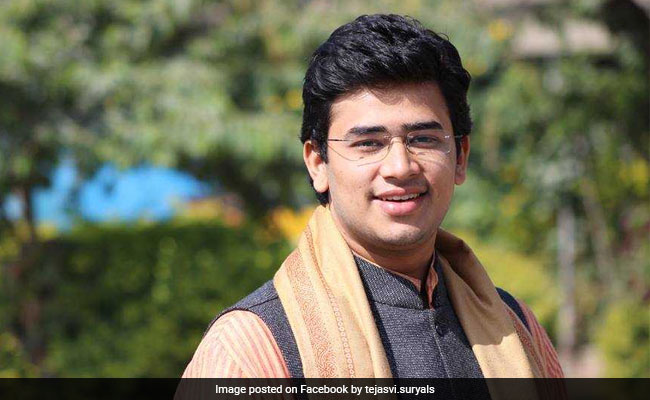 Lok Sabha Elections 2019: Tejasvi Surya has been named by the BJP as theiir candidate for Bangalore South

BJP candidate from Bangalore South Tejasvi Surya found himself at the centre of a controversy Wednesday after the Karnataka Congress attacked him, citing allegations of ''abuse'' by a woman against him and questioned the saffron party about his choice.

Neither Surya or BJP has reacted to the allegations or Congress' tweet so far.

"Is @Tejasvi_Surya another M J Akbar in the making? Dear @BJP4India, @Tejasvi_Surya seems to be a great choice. #BangaloreSouth will remember. #MeToo #LokSabhaPolls2019, Karnataka Congress tweeted with screen shots of comments made by a woman on Twitter.

Is @Tejasvi_Surya another MJ Akbar in the making?

MJ Akbar had stepped down as Minister of State for External Affairs last year following a spate of allegations of sexual harassment during his days as editor of several publications.

The woman concerned seems to have deleted comments she made against Surya on Twitter.

According to the comments, screenshots of which was shared by the Congress with its tweet, the woman, replying to questions raised about her charges, claimed to have "suffered" at the hands of Surya and has questioned why the BJP had not done a background check before giving him the ticket.

She also alleged she was not his first victim or would be the last and also claimed to be ready to share the proof.

In a surprise move, the BJP fielded the party's youth wing leader Surya from its bastion of Bangalore South from where the widow of union minister Ananth Kumar, a six-time MP from the constituency, was denied the ticket.

28-year-old Surya, a lawyer, filed his nomination on Tuesday, amid resentment within the party over Tejaswini, who runs an NGO and is known for social work, being denied the ticket.