Two Woofs For Muttkind: Bengaluru Dogs Get Their Own Cab Service

The Paw Cab Service app can be downloaded either from www.pawcab.com or the Google Play store. 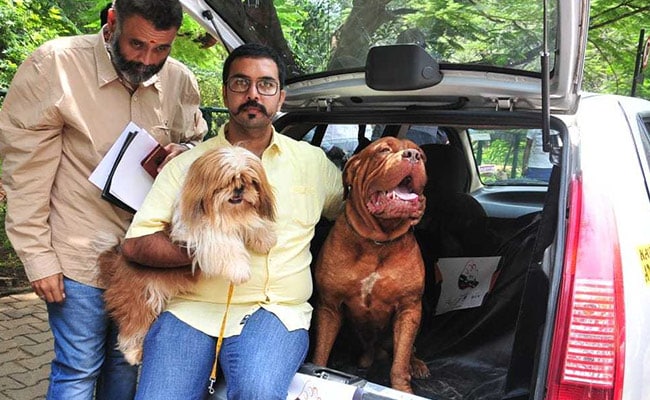 The maximum travel limit for the Paws Cabs has been fixed at 10 kilometres.

If humans can hail Olas and Ubers with the tap of a finger, why shouldn't their four-legged friends have a dedicated cab service too?

It was to answer this burning question that Amrut Sridher -- a Bengaluru-based entrepreneur -- launched the Paw Cab Service, which can be booked exactly like any other app-based taxi. But no, they will not let you stuff buffaloes into their cars.

"This online cab service is for smaller pets like dogs and cats, and there is a cap on the distance," says Mr Sridher.

More specifically, it is an emergency service aimed at taking pets to veterinary hospitals. "That is why the maximum travel limit has been fixed at 10 kilometres. Pet owners will have to pay Rs 150 plus GST for non-AC Omnis, and Rs 200 plus GST for AC-equipped Indicas or sedans," he clarifies.

There is another goal behind this initiative, and it's a noble one. "We want to start a self-funding programme aimed at helping sick Indian strays that die in accidents," says Mr Sridher, a graduate in Canine Animal Behaviour Studies.

According to unofficial estimates, around 40 per cent of the 5 lakh canines in Bengaluru are strays. These animals often fall prey to road accidents, and there are times when they are targeted by civic authorities in the aftermath of stray dog attacks.

Manjunath, a dog enthusiast who has a particularly soft corner for Japanese Shih Tzus, finds the service equally viable for small car owners who can't find the space for their dogs and those with expensive rides who hesitate to let their pets in for fear of damaging their plush interiors.

The Paw Cab Service app can be downloaded either from www.pawcab.com or the Google Play store.