With 7,571 new cases, the total number of infections in Karnataka has reached 2,64,546, of which 1,02,770 cases have been reported from its capital alone, the government data showed. 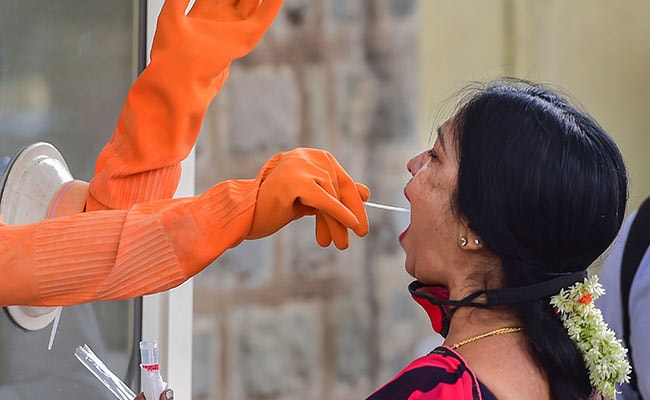 Coronavirus cases in Bengaluru, one of the worst-affected metro cities in the country, crossed the one-lakh mark today with 2,948 new cases in the last 24 hours, according to the Karnataka health department data this evening. With 7,571 new cases, the total number of infections in Karnataka has reached 2,64,546, of which 1,02,770 cases have been reported from its capital alone, it showed.

Karnataka has reported 4,522 deaths so far with 93 deaths in the last 24 hours. 1,635 people have died in Bengaluru so far due to COVID-19, the government release said.

Meanwhile, the state government has re-defined containment zones - of which 37,863, including 16,669 active ones, are in the state capital - amid a worrying spike in coronavirus cases over the past few weeks.

According to the health department's bulletin, a total of 23, 14,485 samples have been tested so far. There are 83,066 active cases in the state, it said.

India recorded its biggest single-day spike of 69,652 new cases today, taking the total number of cases past 28 lakh. More than 50,000 have died across the country, showed government data this morning.+