Bangalore, your movie tickets could get much cheaper 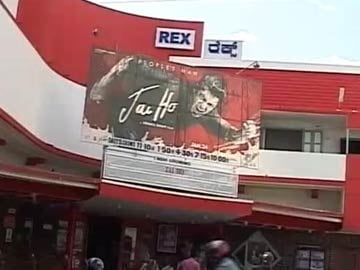 Bangalore: A standard of success for films of today is to make Rs 100 crore at the box office - and that is certainly much easier these days, with ticket prices in multiplexes very high.

The cost of watching a film in a multiplex is usually way beyond the reach of the ordinary film fan who would have to shell out thousands to see a film with her family - especially on a weekend when rates are higher. It makes much more financial sense for a middle class family to wait for the latest blockbuster to be screened on television. But the Karnataka government proposes to play hero and bring down the costs.

Karnataka's information minister, Roshan Baig said, "We are being looted, why must one pay 400 to 600 rupees for a ticket? We have spoken to the Chief Minister and are speaking to the Commercial Tax Department as well."

The plan is to have some seats in the theatres being sold at much cheaper prices, as little as Rs 20 for the front rows and Rs 120 for some balcony seats.

The rest of the seats could be priced according to the theatre owners' wishes. But these cheaper tickets cannot be booked online or in advance.

Predictably theatre owners are not very happy with this twist in the plot. They see the proposal as interference by the government. They say that, apart from weekend and evening shows, other screenings see much fewer people in the audience and would make the new pricing unviable. The government points to Tamil Nadu where such low cost tickets are available at each screening - an argument theatre owners do not buy.

Promoted
Listen to the latest songs, only on JioSaavn.com
Anil Kappor is the owner of Rex Theatre, one of the oldest in the city. He told NDTV, "In Tamil Nadu, only Tamil movies run. But here, different languages and different types of movies are screened. If this system is implemented here, all theatres will face closure."

A filmi standoff - with the outcome still unknown. For now though, ticket prices stay as high as ever - so you need to go easy on that popcorn.