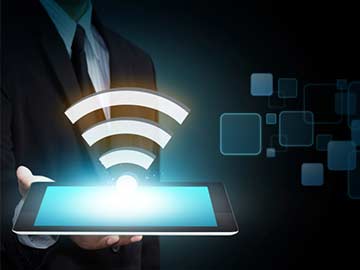 New Delhi: Bangalore City railway station has become the first station in the country to have WiFi facility for providing high speed internet to passengers.

WiFi facility will be available to the passengers on their mobile phones free of charges initially for a period of 30 minutes. For usage beyond 30 minutes, the user may purchase scratch cards, which will be made available at the WiFi Help Desk.

These are priced at Rs 25 for 30 minutes and Rs 35 for one hour and are valid through 24 hours. Additional browsing time can also be purchased on-line using credit/debit cards, a senior railway official said.

RailWire - the retail Broadband distribution model of RailTel Corporation of India Ltd, a PSU of Railway Ministry, is involved in distribution of internet bandwidth through WiFi.

Promoted
Listen to the latest songs, only on JioSaavn.com
"The WiFi facility at Bangalore is operational after the inaugural of the service by Railway Minister Sadananda Gowda recently," said the official adding that "with the implementation of the service, Bangalore railway station becomes the first station in the country to have WiFi facility for passengers."

RailTel has been mandated by Railways to provide WiFi facility at major stations, the official said.