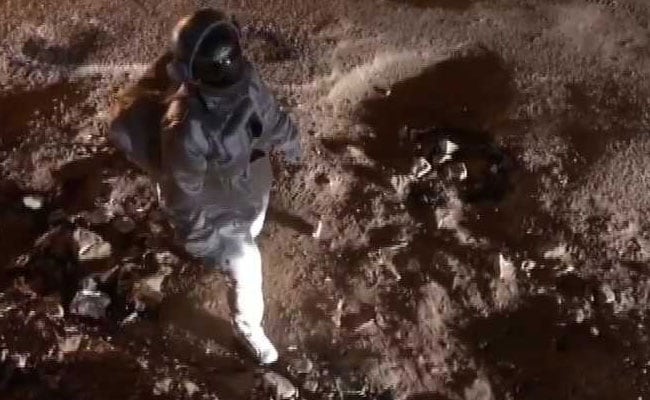 Just 24 hours after a street artist dressed up as an astronaut and performed "moonwalk" in a viral video, drawing attention to 'crater-sized' potholes in Bengaluru, civic authorities under fire rushed to do damage control.

Bengaluru-based street artist Baadal Nanjundaswamy had posted the video on Twitter on Monday. In the video, he is seen wearing a space suit and imitating astronauts taking steps on the Moon's surface. The camera then pans to show the pothole-filled Tunganagar Main Road in North Bengaluru. The video, in which he also tagged civic authorities, has been viewed over 1 million times on Twitter.

"Thank you for such an overwhelming response and support. Work in progress. Quick and prompt response from @BBMP. Thanks to Mr. Prabhakar, CE RR Nagar who is overlooking the situation on ground currently," he tweeted with a video of the repairs being made.

Thank you people for such a overwhelming response and support!

Work in progress.. Quick and prompt response from @BBMP. Thank you very much @BBMPCOMM@BBMP_MAYOR and Mr. Prabhakar, CE RR Nagar who is overlooking on ground currently. pic.twitter.com/clgoLAIKzU

Bengaluru civic body spokesperson LB Suresh told news agency IANS that they have filled the potholes flagged by the artist "Under the supervision of our chief engineer S Prabhakar, the potholes on Tunganagar main road have been filled. We responded at the earliest to the artist's complaint," he said.

Baadal Nanjundaswamy is well known artist, known for flagging civic issues like the condition of roads and potholes with stunning street art.