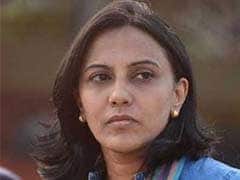 Blog: 13 Reasons Why KCR Is Attacking PM Modi So Directly

Telangana Chief Minister K. Chandrashekar Rao used to be someone the BJP could rely on - so why exactly has he suddenly gone ballistic? 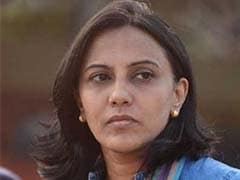 Blog: Rajinikanth's Finally In. Now, Who Will He Help - And Hurt?

"Even God cannot save Tamil Nadu if Jayalalithaa comes back to power," were Rajinikanth's thundering words in 1996. That played a significant part in propelling the DMK-TMC alliance to power in Tamil Nadu that year, swaddling Jayalalithaa in ignominy. That was also the inception point of what became not just a state-wide but national fixation over guessing when the ac...

If you thought Hyderabad is hosting the political version of "Bigg Boss", I won't fault you. When it comes to threats, vitriol and taunts, the campaign for the Greater Hyderabad Municipal Corporation (GHMC) election is giving the popular reality show a run for its money.

Why would KCR, as he is known, a Chief Minister who won a colossal majority in his state and is predicted to win a majority of the Lok Sabha seats in Telangana, travel to meet Stalin, an opposition leader in a neighbouring state? That too when he knows that leader is part of an alliance with the Congress that KCR had earlier distanced himself from?

I feel bereaved today. It is a big loss to me and to NDTV. And Sreekanth, we all acknowledge your contribution, not just to journalism but to positive living.

Midway through the election campaign in Telangana, Chief Minister K Chandrasekhar Rao of the Telangana Rashtra Samiti (TRS) changed his narrative. KCR made it seem to the electorate that it needed to choose between him -a son of the soil - and Chandrababu Naidu, who would end up ruling Telangana by remote control from Amaravati. The ploy worked.

Opinion: In Proposing Rahul Gandhi's Name, Stalin's Math Is Different From Others'

At an event in Chennai to unveil his life-size statue on Sunday, his son and now DMK chief MK Stalin referred to Karunanidhi's endorsement for members of the Gandhi family and ended up continuing the tradition.

Telangana has only 17 Lok Sabha seats - conventionally too small a number to make a difference in the New Delhi political theatre. But if he manages to effect as vast a victory as he did for the state election - and India delivers a hung verdict - KCR's political orbit could expand exponentially.

On the campaign trail in Telangana, KT Rama Rao used a cricketing analogy while speaking to NDTV. He was confident that like Virat Kohli, his father and chief minister K Chandrasekhar Rao or KCR "would hit a century in the Telangana test"

As Telangana prepares to vote tomorrow, a look back at what stood out in the months and weeks of campaigning. Here are my 10 takeaways from the Telangana election campaign.

Blog: "KCR vs Nobody" Narrative Seemed Arrogant. How He Corrected It

One thing is certain: December 11 will see both resplendent moonshine and a lunar eclipse in Telangana. That's because in the Chandra' vs Chandra' electoral battle, only one of them - K Chandrasekhar Rao or N Chandrababu Naidu - can shine when the results are counted.

It is the battle for India's youngest state - Telangana- that could actually be a more accurate indicator of which way 2019 could skew.

If it is a Mani Ratnam film, it is inevitable that there will be a lot of expectations and Chekka Chivantha Vaanam does not disappoint

Blog: 7 Lessons In Crisis Management We Can Learn From Kerala

Unlike what usually happens during a disaster, the Kerala government has not faced severe criticism for what went wrong on the ground. Popular perception has been that the political class, bureaucracy, civil society and of course the people of Kerala worked well together to overcome the adversity. 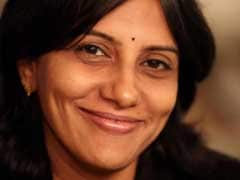 Blog: Doctor Anitha, She Was Teased. A Dream Run Ends In Tragedy

Not the EPS-OPS Vs TTK-Sasikala wrangle, not the farmers issue, not even what Kamal Haasan and Rajinikanth said, it is Anitha who has become the top headline, creating a huge social and political uproar in Tamil Nadu.