If you thought Hyderabad is hosting the political version of "Bigg Boss", I won't fault you. When it comes to threats, vitriol and taunts, the campaign for the Greater Hyderabad Municipal Corporation (GHMC) election is giving the popular reality show a run for its money.

Like in the daily show, Hyderabad's contestants seem to have been given "tasks" that include name-calling, causing divides and showing each other down.

Losers will be eliminated and people's votes on December 1 will decide who wins the Hyderabad Municipality. The finale is on December 4.

Just like in the Bigg Boss house, the sparring is getting worse as voting day approaches. Here are some samples so far.

Tejasvi Surya, BJP MP: "Asaduddin Owaisi is the new avatar of Mohammed Ali Jinnah. He wants to convert Hyderabad of India into Hyderabad of Pakistan. MIM and TRS are two sides of the same coin. KCR wants to turn Hyderabad into Istanbul. Do you know where Istanbul is? It is the capital of Turkey, a one hundred per cent Muslim country. Turkey's President is anti-India, anti-Hindu (sic).'' 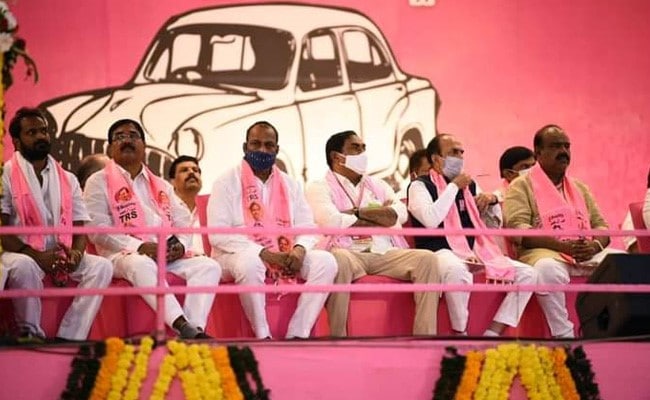 TRS leaders at a party event in Hyderabad.

Sanjay Bandi, Telangana BJP president: "My victory rally after municipal election results will be from Bhagyalakshmi Temple. They ask why Bhagyalakshmi temple? I ask why not? Is it in Pakistan? Are the people here Pakistanis? You want to win the election using the illegal votes of intruders? This is against the interest of the country. We will do a surgical strike on these intruders in the old city and throw them out once we elect a BJP Mayor for Hyderabad."

Asaduddin Owaisi, Hyderabad MP and MIM chief: "I dare the BJP to bring Prime Minister Modi to campaign in the Old City. Let him hold a public meeting here but it will make no difference to the outcome."

"Why are no surgical strikes being carried out against China which has occupied 920 square km of Indian territory?"

Uttam Kumar Reddy, Telangana Congress chief and MP: "Bandi Sanjay was a chillar corporator of Karimnagar who incidentally got elected as an MP and even made the BJP state president. He has no political maturity. To talk of surgical strike shows his mindset." 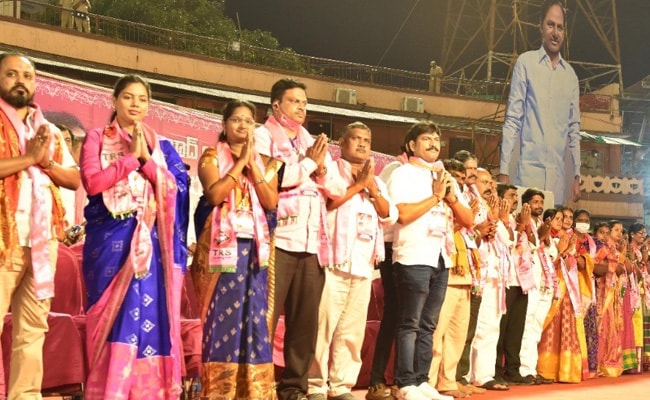 Akbaruddin Owaisi, MIM MLA: "Where have 4,000 acres (of Husainsagar lake) gone? It has gone into Necklace Road, the Samadhi (memorial) of Narasimha Rao, the samadhi of NT Rama Rao, Lumbini park. I dare you to remove those memorials instead of slums and houses of poor people on the lake bed.''

Sanjay Bandi, Karimnagar MP: "If you touch the samadhis, we will demolish the MIM office in Darusalaam in two hours.''

Manickam Tagore, Congress In-charge of Telangana: "TRS and BJP have a dosti (friendship) in Delhi and are doing kushti (fighting) in Hyderabad. Reject communal BJP and corrupt TRS.''

Sanjay Bandi, Karimnagar MP and BJP Telangana chief: "In the name of challans, you are penalising youth for triple riding and jumping signals. How many challans are you imposing in the old city? Why the discrimination? Are those living in old city humans and those living here (rest of Hyderabad) not humans? When the BJP occupies Mayor's post, all challans will be paid by the GHMC.''

KT Rama Rao, TRS Working President : "One insane leader says he will break the memorials of NTR and PV Narasimha Rao and another insane leader encourages triple riding and promises to pay the challans."

Rajinikanth's Finally In. Now, Who Will He Help - And Hurt?