"The projects which were sanctioned for the welfare of the city during the tenure of former CM Devendra Fadnavis have now been brought to a halt," BJP's Deputy Mayor of Aurangabad, Vijay Autade, said 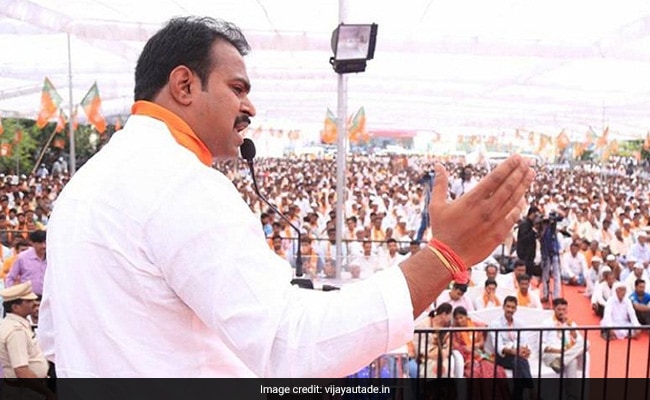 The repercussions of the split in the BJP-Shiv Sena alliance after the Maharashtra polls were felt in the Aurangabad civic body, which is being ruled by the two former allies, with BJP's Deputy Mayor of the city, Vijay Autade, resigning from his post on Friday.

Mr Autade made the announcement about his resignation during the general body meeting of the Aurangabad Municipal Corporation (AMC), accusing the Uddhav Thackeray-led Maharashtra Vikas Aghadi (MVA) government of stalling a water supply scheme in the city, which was sanctioned by former Chief Minister Devendra Fadnavis.

As soon the general body meeting began this afternoon, Mr Autade, who was sitting on the dais next to Mayor Nandkumar Ghodele, came down and sat with his party corporators. When the mayor told him that his act was not as per protocol, Mr Autade said he did so as he was against the Thackeray government's decision to stall the water supply scheme sanctioned for the city. He also announced in the house that he would resign from the post.

"Shiv Sena and BJP contested the Aurangabad civic polls in alliance in 2015. The city will go to polls in April 2020... The projects which were sanctioned for the welfare of the city during the tenure of former CM Devendra Fadnavis have now been brought to a halt," Mr Autade said.

"Fadnavis had sanctioned the water supply scheme worth Rs 1,680 crore for the city, which has been stayed by the state government. Such an important project was stopped and that is why I resigned," he said.

"Since I am with citizens, I resigned from my post. The decision about the alliance (in AMC) will be taken by the party leadership," he added. "The Shiv Sena leadership in the civic body and at the state level met Uddhav Thackeray, but the stay over the water supply scheme was not lifted."

Mr Autade said the mayor demanded his resignation. However, the mayor, who is a Shiv Sena corporator, said he did not seek Mr Autade's resignation. "None of the city projects have been stalled. Autade's allegation is baseless and whatever happened in the house was planned. I had asked Autade to return to the dais," Mr Ghodele said.

The mayor said even if BJP breaks the alliance, the Sena was strong enough to run the civic body.