These men- members of 'Patni Pidit Purush Sanghatana', an organisation of victims of harassment by wives- burnt Surpanakha's effigy. 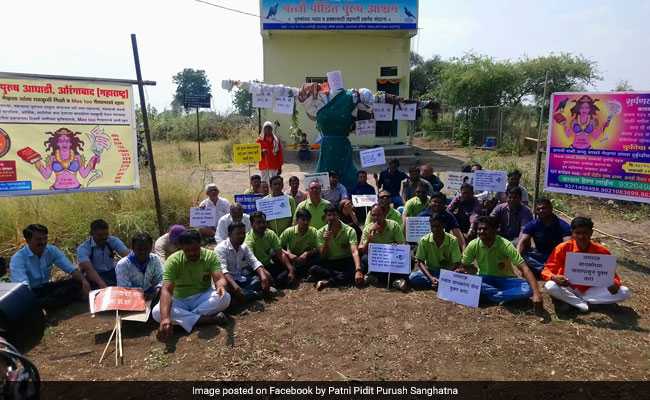 It's common to see Ravana effigies being burned on Dussehra, but in Aurangabad, a group of "harassed" husbands celebrated the festival in a different way. They burnt an effigy of Surpanakha, sister of the mythical multi-headed demon king to protest against the harassment by their wives.

These men- members of 'Patni Pidit Purush Sanghatana', an organisation of victims of harassment by wives- burnt the effigy on Thursday evening at Karoli village near Aurangabad in Maharashtra.

Talking to PTI, founder of the organisation Bharat Phulare said, "All the laws in India are against men and favour women. They are misusing it to harass their husbands and in-laws over petty issues."

"We condemn this cruelty against men in the nation. In a symbolic move, our organisation burnt an effigy of Surpanakha on the occasion of Dussehra last evening," he said.

As per Hindu mythology, Surpanakha was the root cause of the battle between Ravana and Rama. To avenge her insult, Ravana disguised himself as a sage and kidnapped Sita, which ultimately led to the war.

Mr Phulare claimed that as per the 2015 records, of the total number of married people who committed suicide in the country, 74 per cent were men.

Some members of the organisation also raised question marks over the ongoing #MeToo movement.