In the video, Sivakumar allegedly said people need not go to such a temple and should instead give it the skip. 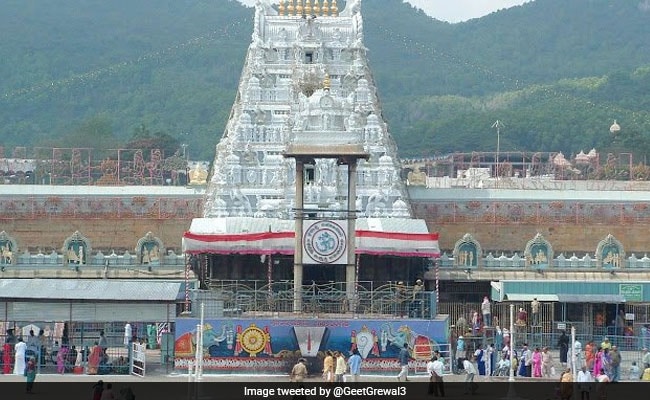 The Tirupati temple is expected to open for devotees today (Fil)

Sivakumar - the father of popular heroes Surya and Karthi -- reportedly said at a public event that a real bhakt does not get looked after at Tirumala but someone who gets drunk overnight and goes to temple early morning without even taking a bath, got to perform special pujas.

A senior police officer, Prabhakar, said they filed the case on the basis of a YouTube video of an event in April.

In the video, Sivakumar allegedly said people need not go to such a temple and should instead give it the skip.

Sivakumar's daughter-in-law Jyotika, who is also an actor, had got into a controversy a few weeks ago for saying that instead of spending money on temples, the funds should be spent on schools and education.

Hindu right-wing groups had objected and threatened to stop her film.

The Tirupati temple is expected to open for devotees today along with other religious places across the country. The temple, which usually gets around 80,000 to one lakh visitors a day, will allow no more than 10,000 a day now. Eventually a maximum 25,000 to 30,000 may be allowed, Tirumala Tirupati Devasthanam chairperson YV Subba Reddy told NDTV.

The chairperson of the Tirumala Tirupati Devasthanam said no one would be allowed in Tirumala without prior booking, screening for symptoms.

A second screening will be conducted before they are allowed into the Mahadwaram (temple entrance). Social distancing will be ensured in the queue. There would be sanitisers available and everyone must wear masks.

While most temples have banned prasadam for devotees, TTD has been selling its Tirupati laddoos for a few weeks in multiple centres on popular public demand.