After Vizag Gas Leak, Demand For Action Over Safety Violation 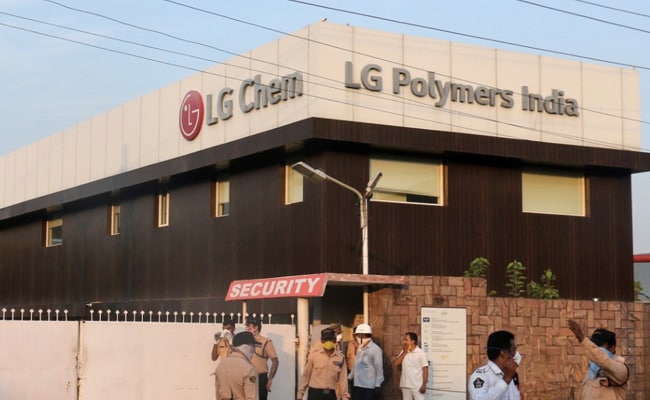 LG Polymers: Styrene escaped from the facility, shut for over 40 days

A chemical plant where a gas leak killed 11 and left 1,000 sick in Andhra Pradesh's Visakhapatnam may face investigation on whether its safety protocols were in place and whether it followed all precautions while restarting the unit after the lockdown. The chemical disaster has left over 200 in hospital.

Andhra Pradesh Industries Minister MG Reddy said the management of LG Polymers India Pvt Ltd would have to explain how the gas leaked and what protocols were followed. Criminal action will be taken against them for violations, he said.

"People managing LG Polymers India have to be responsible for gas leakage mishap. They will have to come and explain to us exactly what all protocols were followed, and what all were not followed. Accordingly, criminal action will be taken against them," MG Reddy told news agency ANI.

"We have very clearly said in our direction that companies should have people with technical expertise during the re-opening of such manufacturing companies. Most of the companies have followed the rules," he added.

Toxic styrene escaped from an LG Polymers facility, which had been shut for over 40 days due to the nationwide coronavirus lockdown, was restarted past midnight allegedly without precautions.

It was around 2.30 am that people near the plant caught fumes of the gas and complained of burning eyes, itching, dizziness and difficulty breathing.

The gas leaked from two 5,000-tonne tanks that had been unattended due to the lockdown, said the police. "It was left there because of the lockdown. It led to a chemical reaction and heat was produced inside the tanks, and the gas leaked because of that," police officer Swaroop Rani was quoted as telling Agence France-Presse.

A safety expert said given that styrene is a toxic gas, an audit should be done before the plant is allowed to reopen.

"Gases cannot be kept stored for so long, they are not inert, they will react," said V Sriram, whose company had carried out a safety audit for LG Polymers. "The unit is pretty old, so wear and tear is likely," he explained.

His report had raised multiple concerns about the plant.

LG Chem, the owner of LG Polymers, said in a statement that it was assessing the extent of the damage. The gas causes nausea and dizziness when inhaled, said the company.

A company spokesman in Seoul said a night shift maintenance worker had discovered the leak from a tank. The plant was suspended because of a nationwide lockdown to slow the spread of coronavirus and it was preparing to resume operations.

The plant makes polystyrene, a versatile plastic used in fiberglass, rubber and latex and for making toys and appliances among other things.