N Chandrababu Naidu sidestepped a question on whether the third front parties would take the support of the Congress should the need arise. 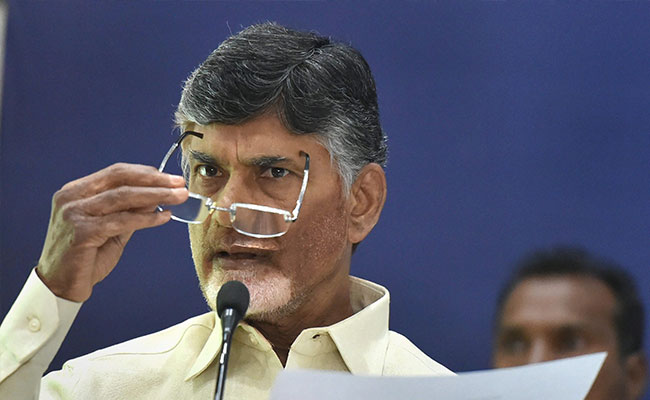 Chandrababu Naidu called the BJP a "back door party". (File)

Vijayawada: Andhra Pradesh Chief Minister N Chandrababu Naidu said today that his Telugu Desam Party will play an important role in government formation after the 2019 general elections, but he didn't want to become the prime minister of the country. The TDP chief said he just wanted to develop the state.

"I do not have any prime ministerial ambitions. This post was offered to me twice in the past. I just want to develop Andhra," he said.

Mr Naidu sidestepped a question on whether the third front parties would take the support of the Congress should the need arise.  He said, "Right now, I do not want to create any confusion".

He, however, launched a scathing attack at the BJP, calling it a "back door party".

"The BJP is only a back door party. It has a remote with which it controls its puppets,"Mr Naidu told a group of reporters at the conclusion of Mahanadu, the annual conclave of the TDP.

The TDP had formally quit the BJP-led NDA alliance over the central government's refusal to accord special status to Andhra Pradesh.

Responding to a question on whether the BJP had become the TDP's primary rival, he said they should have supported Andhra Pradesh.

"The BJP declared that Karnataka is the gateway to South India. It is a bad statement. Now you want to enter through the back door. They should have realized it... They should have supported Andhra Pradesh," he said.

Mr Naidu said the BJP government had promised a special package for backward districts of Andhra Pradesh on the lines of the Bundelkhand region. But the saffron party cheated the people.

Promoted
Listen to the latest songs, only on JioSaavn.com
"The BJP government credited Rs 50 crore each for seven backward districts of Andhra Pradesh and after some time it debited the amount, saying the Prime Minister's Office did not approve it. This is their cooperative federalism," he said.