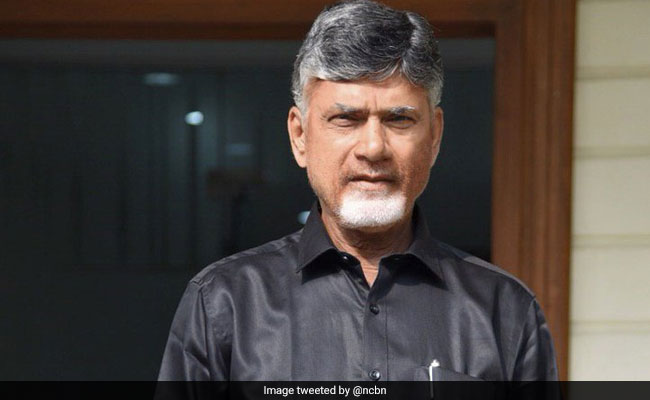 Chandrababu Naidu has asked the police to inform about the whereabouts of the TDP leader.

"Chief Minister YS Jaganmohan Reddy should own responsibility for the kidnap of TD Legislature Party Deputy Leader K. Atchannaidu by the ACB without giving prior notices to him," he said in a press statement.

Mr Naidu also demanded resignation from Home Minister Mekathoti Sucharita and also asked the police to inform about the whereabouts of the TDP leader.

"Mekathoti Sucharita should resign owning moral responsibility for the incident. The DGP should come out with facts and announce the whereabouts of the TDP leader. This is nothing but part of a series of attacks on the backward classes ever since the YCP came to power," he said.

Notably, TDP leader and former labour minister of AP K Atchennaidu was arrested by the ACB earlier this morning for his alleged involvement in the scam.

CM YS Jaganmohan Reddy after coming to power ordered a probe into the ESI procurement process. Reportedly, an enquiry into that scam found the then labour minister Mr Atchennaidu's role in the scam.

It is believed that Mr Atchennaidu, while in power had allegedly ordered to give tenders in nomination method for TeleHealth services.

"Atchannaidu and three doctors have been arrested for ESI scam. Dr B Ravi Kumar, Dr CK Ramesh Kumar and Dr Vijay Kumar are held. Today evening we will produce them at ACB court situated in Vijayawada. We followed all the rules during the arrest of Atchannaidu. Corruption to the tune of more than 150 crores identified in the purchase of medicines and medical equipment. We have identified the involvement of 19 persons in this scam," said ACB JD Ravi Kumar said in a press meet at Visakhapatnam.

The ACB officials will soon hold a press conference at Vijayawada and Visakhapatnam regarding the same.