Elections 2019: State Chief Electoral Officer Gopal Krishna Dwivedi cast his vote in Tadepalli and said there were complaints about technical glitches in EVMs in about 50 places. 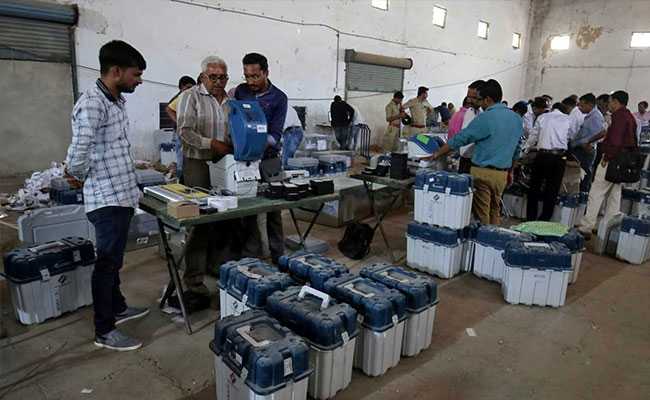 Voters queued up in considerable numbers at polling stations to exercise their franchise as voting to elect 175 Assembly and 25 Lok Sabha members in Andhra Pradesh began at 7 am today.

In many places electronic voting machines or EVMs had glitches resulting in some delay in polling, an official told news agency Press Trust of India.

Andhra Pradesh Chief Minister N Chandrababu Naidu and his family members voted at a polling station in Undavalli village in the state capital region Amaravati. His son Nara Lokesh is the TDP candidate from Mangalagiri Assembly segment that covers Undavalli.

YSR Congress president YS Jaganmohan Reddy cast his vote in his native Pulivendula in Kadapa district, from where he is seeking re-election.

State Chief Electoral Officer Gopal Krishna Dwivedi cast his vote in Tadepalli and said there were complaints about technical glitches in EVMs in about 50 places.

Technical teams were on the job to rectify the defects and enable polling, he said.

Polling would end at 5 pm in the Maoist-affected areas, mostly those bordering Odisha and Chhattisgarh.