Save Water, Chandrababu Naidu Urged; Behind-The-Scenes, The Very Opposite

Thousands of litres of water was poured onto a helipad in Anantpur where Chandrababu Naidu's chopper had landed.

Hyderabad: At a public meeting, Chief Minister Chandrababu Naidu led a gathering in taking a pledge to save water.

The symbolic gesture yesterday in Anantpur, one of the driest parts of the country, would have carried more weight if it hadn't been preceded by thousands of litres being poured onto a helipad where the Chief Minister's helicopter had landed, along with that of other VIPs.

At least four tankers, each with nearly 5,000 litres, were emptied in the area to prevent a dust-storm when the VIP choppers landed. 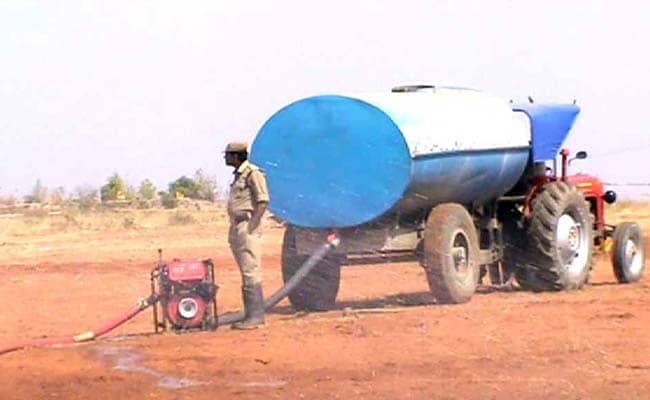 At least four water tankers were emptied in the area to prevent dust storm.

Anantpur gets so little rain that it's second only to the most arid parts of desert state Rajasthan.

With drought declared in nearly half of the country's 600-odd districts, a water crisis has struck as temperatures swirl well above 40 degrees. 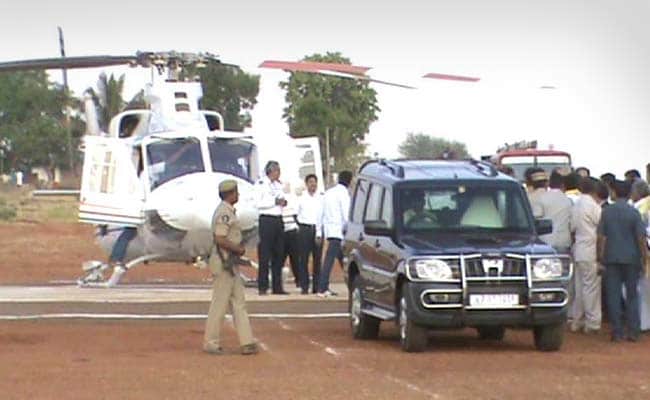 Chandrababu Naidu, along with other VIPs, led a gathering in taking a pledge to save water.

In Marathwada in Maharashtra, a region whipped by drought for the third year in a row, two ministers commissioned controversies recently where water was wasted in prepping helipads for their landings.

In Karnataka, Chief Minister Siddaramiaah has ordered action against officials who ordered roads to be watered for his drive through a village plastered with drought.