Chintan Baithak In Kurnool. BJP Tries To Strengthen Base In The South 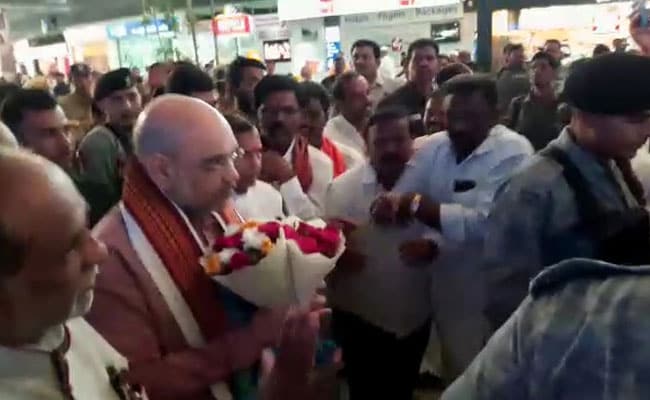 The BJP and its ideological mentor, the Rashtriya Swayamsevak Sangh or RSS have chosen Kurnool in Andhra Pradesh for its three-day 'Chintan Baithak' or a brainstorming session. For the first time the Sangh parivaar has chosen a venue in the south of the country. BJP president Amit Shah and the RSS chief Mohan Bhagwat arrived at the Mantralayam on Thursday for the 'Chintan Bhaitak'.

250 top leaders from 32 Sangh affiliates including the Vishwa Hindu Parishad are attending the three-day meeting said BJP state vice-president K Kapileswaraiah. Though the leaders are tight lipped about the agenda, sources say, the meeting is expected to discuss the roadmap for the 2019 parliamentary elections besides taking stock of the current political situation in the country.

The meeting is also likely to discuss the Assembly elections in the next few months in the four states of Madhya Pradesh, Rajasthan, Chhattisgarh and Mizoram. 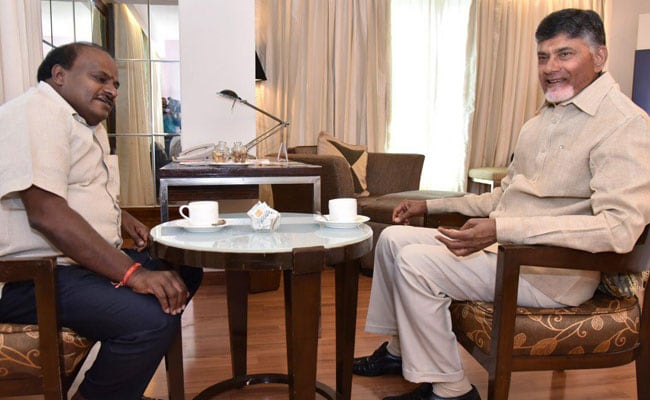 The 'Chantan Baithak' comes amid strong criticism faced by the Narendra Modi government following the recent arrests of high profile human rights activists on Tuesday, and their alleged active links with Maoists and the Bhima Koregaon violence. Sources say the Sangh parivaar meeting will also discuss the Congress' efforts to unite the Opposition ahead of the general elections next year.

The five states of Andhra Pradesh, Telangana, Tamil Nadu, Kerala and Karnataka still remain a challenge for the BJP as the party tries to strengthen its position in the southern states.

On a day when the Sangh parivaar kicked off its 'Chintan Baithak', Andhra Pradesh Chief Minister Chandra Babu Naidu met his counterpart in Karnataka HD Kumaraswamy, who completed 100 days in office and discussed the importance of the unity of regional parties ahead of the 2019 elections. In the short meeting, Mr Naidu, who was in Vijaywada, said regional parties must fight together to defeat the NDA. The two leaders said they would meet again to discuss the strategy.