Chief priest of Andhra Pradesh's Tirumala Tirupati Devasthanam, Ramana Deekshitulu, has called for a CBI probe into the case of the missing jewel 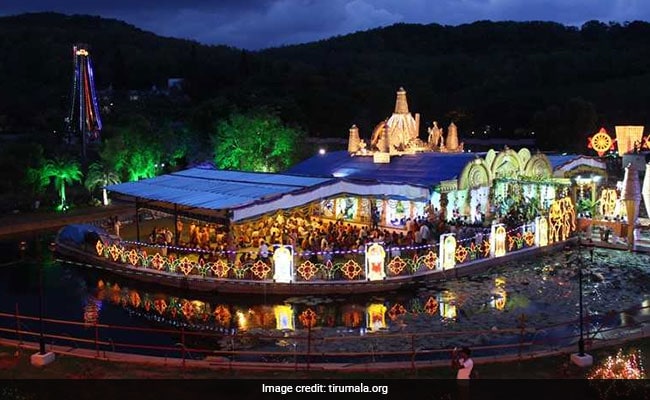 Hyderabad: The iconic Tirumala Tirupati temple of Andhra Pradesh, one of the wealthiest religious bodies in India, is caught in allegations of theft and politics. The recently removed chief priest of the Tirumala Tirupati Devasthanam, Ramana Deekshitulu, has alleged that a precious pink diamond that was part of a platinum necklace of Lord Balaji, the temple's deity, is missing and suspects it was the same piece of jewellery that was auctioned recently in Geneva for Rs 500 crore.

Deekshitulu, 69, has called for a CBI investigation into the case of the missing jewel. He also alleges that since 1996, many such pieces of jewellery have vanished. But this is only a part of his allegations, which have taken a political turn because of the former head priest's perceived proximity to central leaders.

The temple authorities call his allegations motivated because they say he has met with BJP president Amit Shah twice this month, the first time just a day before the May 12 Karnataka election.

He allegedly voiced his allegations in those meetings and later raised them during a press conference in Chennai on May 15. Three days after he went public, he was shown the door.

Deekshitulu has also made serious allegations against Andhra Pradesh Chief Minister Chandrababu Naidu, accusing him of involvement in covering up the vanishing jewellery. 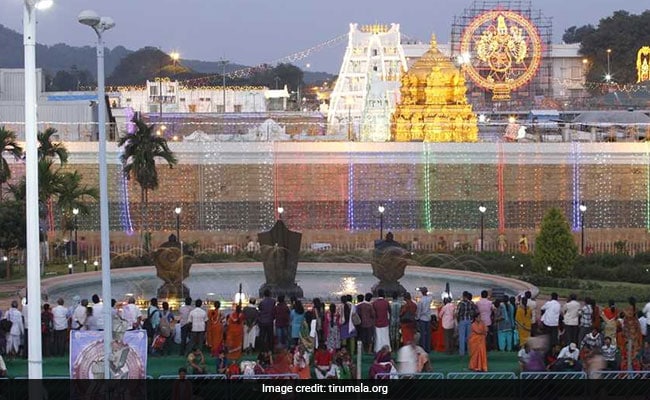 The Tirumala Tirupati temple of Andhra Pradesh is caught in allegations of theft and politics.

The chief minister "violated Agama Shastra" -- the temple's rulebook -- by allowing digging in the "Potu" or kitchen of the temple", he says. The kitchen was closed for days for so-called repairs, alleged Deekshitulu, adding that there is a belief there is "hidden treasure" beneath the kitchen floor.

An executive officer of the temple board, Anil Singhal, denied that Deekshitulu had been forced out for his press conference. Retirement at 65 is in the rules framed by the Andhra Pradesh government for archakas or priests, and there is "nothing more to it", said Mr Singhal.

Promoted
Listen to the latest songs, only on JioSaavn.com
In a press conference on Sunday last, Mr Singhal also fended off the former priest's allegation about the pink diamond, saying what was missing was a ruby that chipped when people flung coins at an idol.

The temple official also said Tirumala was open to publicly displaying all jewellery that belongs to the temple, if the rules allowed it.