The rituals were performed as per tradition for the bull which had won 122 medals in various national and state-level competitions. 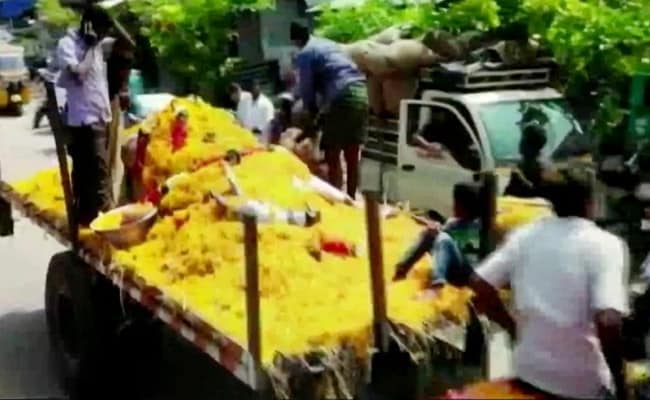 A number of villagers in Andhra Pradesh's Krishna participated in the funeral procession of bull.

Final rites were performed for a national award-winning bull after it died due to illness in Krishna district of Andhra Pradesh on Thursday.

Its owner, farmer Kasaraneni Raja, said he treated the animal as a family member and hence decided to bid farewell to his pet in this manner.

The rituals were performed as per tradition for the bull which had won 122 medals in various national and state-level competitions. Its body was covered with strings of flowers for the final journey.

Recently, the animal had secured the first place in an inter-state competition held at Veterinary College in Kesarapalli.

Mr Raja looked after the bull for nine years and considered it like his children.

The owner deployed a veterinary doctor to treat the bull but it did not survive. Its postmortem was performed on Thursday and later in the day, its last rites were performed.

A number of villagers also participated in the procession.