The accident took place around 12:30 pm today when the driver lost control of the vehicle and suddenly turned to the left, the police said. 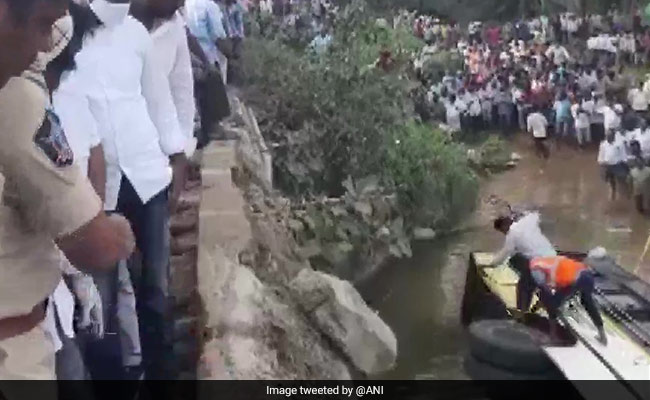 The driver is among those killed in the incident

"Nine people died in the bus accident and 22 have sustained severe injuries. There were a total of 47 passengers in the bus," District Superintendent of Police Rahul Dev Sharma told news agency ANI.

The accident took place around 12:30 pm when the bus which was travelling from Velerupadu to Jangareddygudem crossed the Aswaraopet village. It fell in the Jalleru rivulet as the driver lost control of the vehicle and suddenly turned to the left, the police official said.

The driver is among those killed in the incident. All the injured have been hospitalised.

Andhra Pradesh Chief Minister YS Jagan Mohan Reddy has announced Rs 5 lakh as compensation to the families of the victims and has ordered the District Collector to provide better medical treatment to the injured.

Andhra Pradesh Governor Harichandan expressed anguish over the mishap and instructed officials to provide immediate healthcare to the injured and offered his heartfelt condolences to the victims' family members, according to a statement by the Governor's office.

Former Chief Minister N Chandrababu Naidu was among those who have conveyed their condolences.