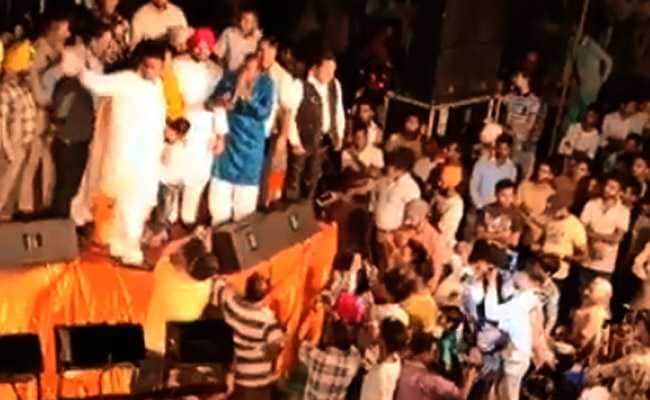 A 300-page, magisterial probe report on the Amritsar train accident in which about 60 people died last month was submitted to the Punjab Home Secretary Wednesday.

Jalandhar Divisional Commissioner B Purushartha, who was appointed special executive magistrate by the government to probe the October 19 accident, said the report was submitted to Punjab Home Secretary NS Kalsi.

The report had statements of over 150 people. They included railway officials and Punjab minister Navjot Singh Sidhu's wife Navjot Kaur Sidhu, who was the chief guest at the Dussehra event, held close to the railway tracks in Amritsar.

The report would now be examined by the Home Department, a senior official said.

Minister Navjot Singh Sidhu, who had questioned the Railways for giving a clean chit to the train driver, too had submitted his statement in writing.

Opposition Akali Dal had rejected the institution of a magisterial probe and sought registration of a criminal case against Navjot Kaur Sidhu and the event organisers.

About sixty people were mowed down by a train that hurtled through a crowd, which had spilled onto the railways tracks while watching the burning of a Ravana effigy on Dussehra this year.

The railways had initially refused to order a probe, saying it was a case of trespassing and not of negligence by its officials or the loco-pilot.

But two weeks after the accident, it said the chief commissioner of Railway safety would probe the tragedy.