Gujarat: The police recovered from them 5.35 kg of the ambergris valued at around Rs 7 crore in the international market, they said. 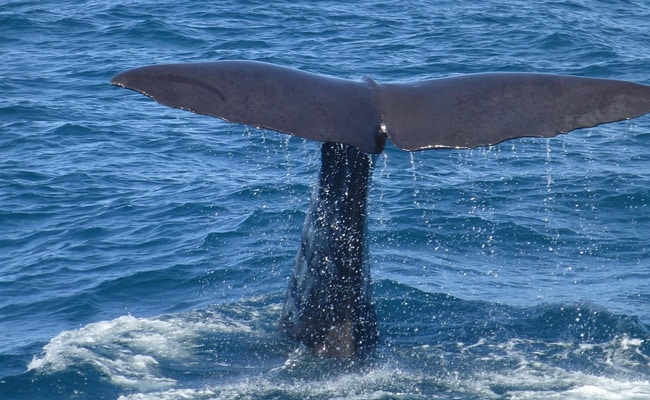 Ambergis is a waxy substance produced in the intestines of sperm whales. (Representational)

Police have arrested three persons for allegedly smuggling ambergris, or whale puke which used in making cosmetics, worth about Rs 7 crore, police said on Sunday.

Ambergis is a waxy substance produced in the intestines of sperm whales.

According to police, the three men were apprehended on Saturday after they brought the expensive substance from Junagadh for a client in Ahmedabad.

The police recovered from them 5.35 kg of the ambergris valued at around Rs 7 crore in the international market, they said.

"We have arrested three persons for smuggling 5.35 kg ambergris. They are part of a network in which so far 10 people are suspected to be involved. Further investigation into the case is underway," Deputy Commissioner of Police (Zone VII) Premsukh Delu said.

The accused were charged under provisions of the Wildlife (Protection) Act after the forensic team said that prima facie, the product found in their possession was ambergris, he said.

The accused were identified as Sharin Cheda (from Junagadh), Khalid Ofi (from Bhavnagar) and Sumer Soni (from Udaipur in Rajasthan), he said.

The accused procured the product from Junagadh and came to Ahmedabad to deliver it to someone whom the police have identified, he added.

Over 80 Huts Burnt In Slum Fire In Ahmedabad, No Casualties