Fire Breaks Out At Complex Housing Children's Hospital In Gujarat, Over 50 Rescued

Over 50 people including 10 children have been rescued from the complex, a fire official Jayesh Khadia said. 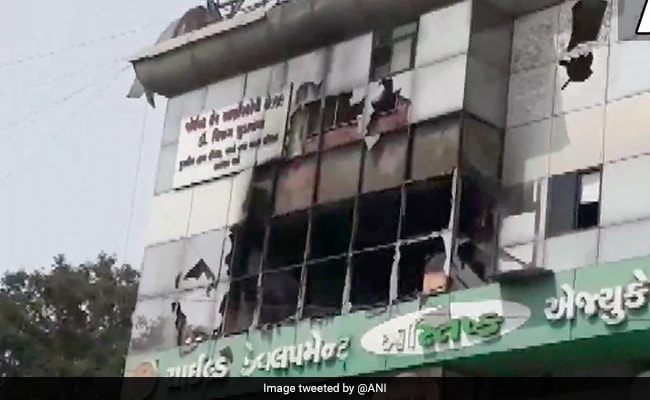 The patients have bee shifted to a nearby hospital, a fire officer said.

A massive fire broke out inside a complex housing a children's hospital in Ahmedabad. The fire started on the third floor of the four-storey complex, official said.

The incident took place inside Dev Complex near Parimal Garden in the city. Over 50 people including 10 children have been rescued from the complex, fire officer Jayesh Khadia said.

"Prima facie, it appears that the fire broke out in the server room of an accounting firm located on the third floor of the building," the official added.

Around 27 fire engines were rushed to the spot to douse the fire, the official said.

The complex has different mobile phone outlets on the ground floor and radiology and imaging centers, eye-sight laser center on different floors in the four-storey complex.

As many as 70 people, including three infants admitted to the newborn intensive care unit (NICU) and 10 children, were rescued and evacuated safely from the building, the official said.

The patients have been taken to a nearby hospital and further details are awaited.

Earlier this month, a massive fire broke out in a textile mill in Surat, no casualties were reported in that incident and around 15-20 fire engines were rushed to douse the fire.